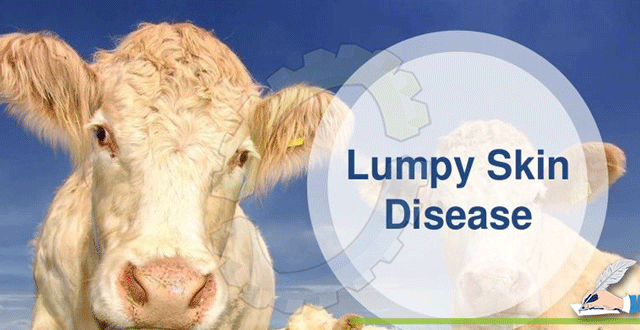 The unprecedented havoc by LSD (Lumpy Skin Disease) has not been seen in recent times, the only near such chaos was seen in 2011 rinderpest disease also known as cattle plague. This disease is of same genus as sheep and goat pox which spreads through multiple modes but mainly through blood sucking insects like mosquitoes, ticks and flies. Many 2-5 cm wide nodules appear all over body which ultimately become open resulting deep wounds and thereby prolonged morbidities and ultimately death. First appeared in Odisha in 2019 but spread like a wild fire in current wave beginning April-May this year with highest mortality rate. Losses to the tune of more than hundreds of crores have already been reported and still counting. The Livestock Insurance Scheme (Pashu Dhan Beema Yojna) is already there by which a farmer can insure up to five animals by paying a small premium and maximum insured amount is fifty thousand rupees. Insured animals are inspected by Animal Husbandry officials and photographed with the owner after proper ear tagging of the animal. Cattle bought under bank loans are already insured, but it’s a life insurance not medical insurance. All the districts of Jammu and Kashmir have been affected, more than fifty five thousand cattle affected, around sixteen hundred already dead till date and counting. Cost of LSD medicines per animal is quite high, into thousands, as such beyond the reach of ordinary man for every cattle. The decision of the Administrative Council to provide free of cost medicine is really a welcome step which will not only help the farmers in distress but will also help in eradicating the highly contagious disease. One must appreciate the efforts of Animal Husbandry Department for continuously providing on spot services since April. LG administration has been proactively helping out farmers in every calamity, natural or unnatural, and this time also have provided much relief to the farmers in letter and spirit.