JAMMU, July 14: Mayor, Jammu Municipal Corporation (JMC), Chander Mohan Gupta today kick started various developmental works in Sarwal and other areas.
Along with Dinesh Gupta, Councillor of the Ward, the Mayor visited areas of Ward Number 18 and kick started the construction work of lane just opposite Shahjahan meat shop Sarwal on the demands of the inhabitants of the locality.
Speaking on the occasion, the Mayor informed that 400 ft long lane will be constructed at an estimate cost of Rs 10.50 lakh. He directed the concerned engineering wing to complete the work with best quality material and within stipulated time period. Arun Gupta, Executive Engineer, Vijay Kumar, Assistant Executive Engineer, S K Bhat, Junior Engineer and prominent residents of the locality were also present.
Later, Mayor along with Surinder Chowdhary, Councillor of Ward Number 29, inaugurated Green Strip/pathway alongside of Ranbir Canal at Shakti Nagar towards Shiv Nagar area. He informed that public that the Green Strip having about 100 ft length with six beautiful benches for sitting has been constructed with an estimate cost of Rs 3.50 lakh.
Gupta said that with the development of this green strip, locals especially senior citizens can avail the full benefit of eco friendly atmosphere as well cooling conditions of Ranbir Canal during this humid and hot conditions. He said that JMC is committed to extend this green strip from Pawan Ice Cream up to Toph Pully in the second phase as well as installation of beautiful pots with seasonal plants just opposite cremation ground Shakti Nagar to add more greenery and healthy atmosphere in the area.
In the end, the Mayor along with Rekha Manhas (Councillor of Ward Number 62) and other prominent inhabitants of the ward conducted an aggressive plantation drive in the park near Municipal Veterinary Centre at Upper Roop Nagar. 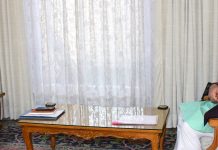 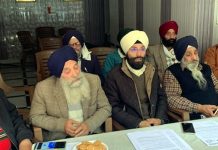 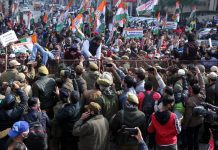 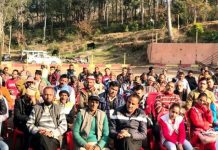 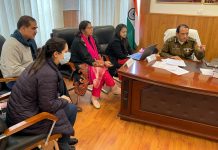 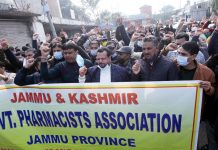 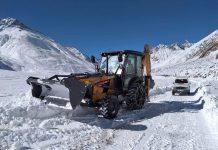 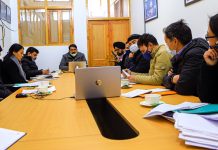 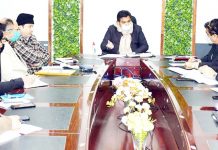 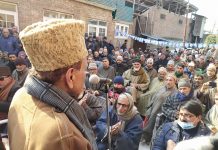 Delaying statehood will add to alienation of people: Vakil 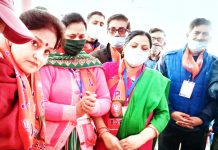