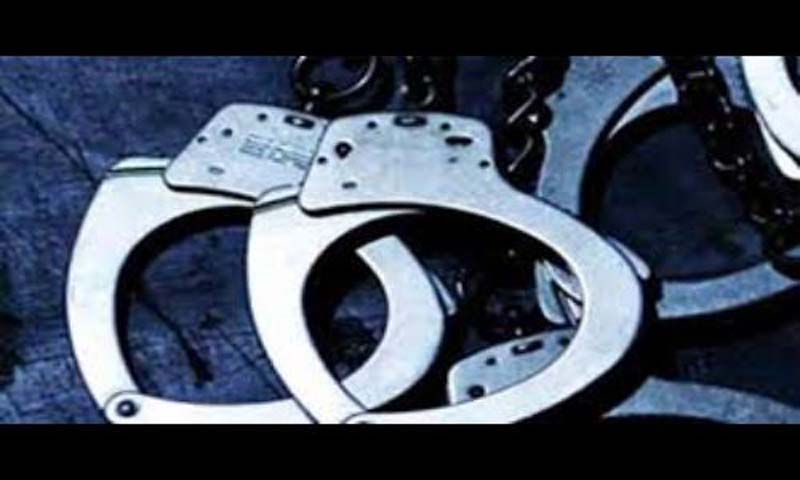 Excelsior Correspondent
JAMMU, May 24: The sleuths of Crime Branch Jammu today arrested a man impersonating as Army Colonel and his three accomplices running a recruitment racket.
Official spokesman here said that a written complaint was lodged by one Mohinder Kumar of Shamachak, Jhiri, Jammu and others with the Crime Branch, Jammu, alleging therein that Kulwinder Singh S/o Karnail Singh R/o Deharan Akhnoor Road near Mishriwala Jammu, a dismissed Army personnel, lures unemployed youths by impersonating himself as Army Colonel and collects huge amounts ranging from Rs two to five lacs for recruiting them in Indian Army and has issued fake appointment orders in favour of various gullible youths after taking huge amounts from them and cheated them.
“Initially he had opened his office at Paloura Jammu, then shifted to Muthi Camp and was presently operating from Muthi as well as from Janipur,” said the spokesman adding that the accused used to wear Army officer’s uniform (Colonel Rank) to cheat the youths so as to pose himself as Army officer and had also kept a Laptop for preparing fake orders in connivance with Vishal Bhagat, resident of Dream City, Sahil Sharma, resident of Janipur Press Wali Gali, Ricky Chib step brother of the accused who lured various youths and have taken huge amounts from them by making false promises of appointing them in Indian Army by well knitted rackets of cheaters thereby causing wrongful gain for themselves and huge losses to innocent youths.
The accused had threatened complainants of dire consequences and have taken Rs. 25 lakhs from then by inducement, as he came to his house in Army Officer’s uniform and told that being an Army Officer can get the complainant and his brother appointed in the Indian Army.
“It was further alleged that the accused also went to complainant’s house in the year 2018 and thereafter taking money kept the complainant as cook in his house for more than five months, but gave no pay to him, neither returned his money,” said the spokesman.
He added that on receipt of the complaint, a preliminary verification was conducted by Crime Branch, Jammu and on the basis of verification, it was prima facie found that Kulwinder Singh in connivance with Vishal Bhagat, Sahil Sharma and Ricky Chib was indulging in luring the youths by inducement and provided them fake order after receiving huge amounts from them by fraudulent means.
“It was also revealed that the self style and impersonating Army Colonel had spread rumours that the area of his location has been given under his charge by the Indian Army for recruitment purpose and has also issued Identity Cards to many unemployed youths on the pretext of recruitment in Indian Army and has extorted huge money from them fraudulently,” he added.
He said that accordingly a case was registered at Police Station Crime Branch, Jammu against him following which a special team was constituted.
The Crime Branch team conducted raid at the rental residence cum office of accused Kulwinder Singh and recovered/seized incriminating materials including Army uniform with stars, medals, Laptop, mobiles, Army Recruitment records etc.
The accused Kulwinder Singh along with his associates were arrested.
Superintendent of Police, Crime Branch, Jammu, Mushtaq Ahmed said that the accused persons are being interrogated to ascertain the whole gamut of racket and other aspects relating to the crime. The investigation of the case is on progress.