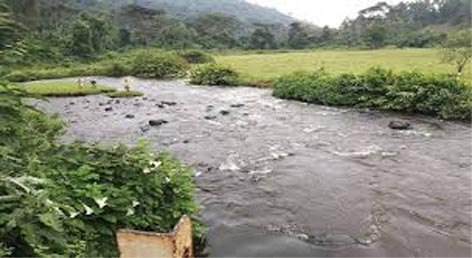 What should be our approach to various issues and challenges in respect of better water management , resources development projects, issues concerning operational and maintenance costs of supplying water , determining and fixing the rates of use of water and providing of and getting due support from a legal framework and the like are sought to be addressed by a planned and comprehensive water policy . An independent regulatory authority of water resources and management, therefore, is functional in almost all prominent states as a sound response . However, it is unfortunate that this Authority namely Jammu and Kashmir Water Resources Regulatory Authority though appointed in Jammu and Kashmir is lying defunct for the last many months entirely due to casual approach of the Government.
Despite the Government itself having constituted a high level committee nearly six months back for making selection of Chairperson and Members on the Authority, nothing has happened on the ground which among other things means that provisions of a vital legislation which has been retained by the Ministry of Home Affairs in the Union Territory have remained unimplemented. It may be recalled that in the year 2010, the then State Government of Jammu and Kashmir had enacted Jammu and Kashmir Water Resources (Regulation and Management) Act for regulating water resources mainly for judicious equitable and sustainable management. The Union Home Ministry retained the said Act for implementation in the UT of Jammu and Kashmir obviously for better management of water resources. Where is the Government faltering and not “reviving” the authority is sought to be not only known but expected to resolve the issue forthwith.