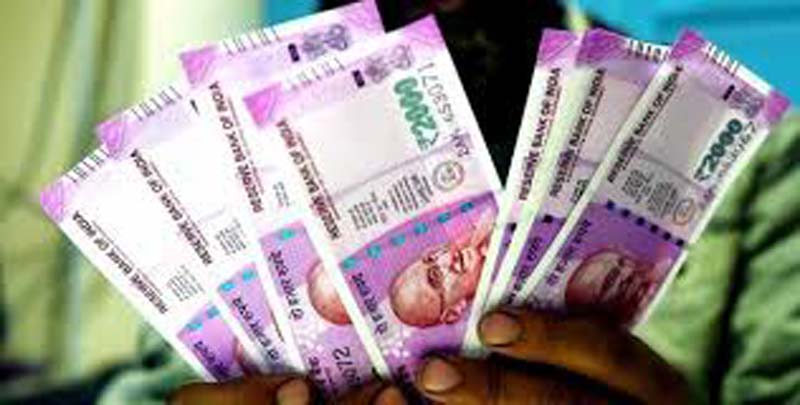 JAMMU, Mar 2: Security agencies have come across a major terror-funding hawala racket which was pumping funds to the militants in Jammu and Kashmir using unique modus operandi by taking services of jewelers, shopping mall owners and other traders in Nepal and sending money with the help of youths living in the villages of Bihar and Uttar Pradesh, bordering Nepal.
Large amount of hawala money had already been pumped into Jammu and Kashmir especially to the militants, Over Ground Workers (OGWs) and their sympathizers by the network which was working at the instance of Pakistan’s Inter-Services Intelligence (ISI), Army and militant commanders of Lashkar-e-Toiba (LeT), Jaish-e-Mohammed (JeM) and Hizbul Mujahideen outfits, reliable sources told the Excelsior.
They said the network came to light when Sashastra Seema Bal (SSB), which guards the Indian borders with Nepal in Bihar and Uttar Pradesh spotted mysterious activities of the local youths and detained them. They were quizzed and subsequently they revealed that they were part of hawala network and engaged in supplying funds to the militants in the Kashmir valley.
“A number of them had already made series of trips to Jammu and Kashmir to supply hawala money at designated spots,’’ sources said.
As per the modus operandi, Pakistan based ISI, army and militant commanders had been depositing huge cash in the bank accounts of certain Nepal based traders including jewelers, shopping mall owners etc. The Nepal businessmen through their couriers had been utilizing services of the youths putting up in the villages of Bihar and Uttar Pradesh, bordering Nepal, and supplying cash to them between Rs 2-5 lakh.
The youths, some of whom were influenced by the ideology of Islamic State had been further supplying hawala money to the persons identified by the Nepal based businessmen, in Jammu and Kashmir. The youths were getting part of the money as commission for the trips between Bihar or Uttar Pradesh to Jammu and Kashmir.
“It is difficult to ascertain at this stage as to how much hawala money had been pumped into Jammu and Kashmir by the Bihar and Uttar Pradesh youths at the behest of Nepal based traders,’’ sources said, adding that details would be ascertained once entire network is cracked on the disclosures of arrested youth.
However, the amount is massive going by the fact that the youths had made several trips to Jammu and Kashmir, they said.
On whether, security agencies will have access to question traders of Nepal involved in hawala trade, sources pointed out that this depends on the Nepal Government and, for the purpose, the External Affairs Ministry will have to write to their counterpart in the neighbouring country giving evidence of involvement of the traders.
The Nepal traders, according to sources, were not linked to militancy but had been indulging in hawala trade for the sake of money as they were being paid hefty commissions by Pakistan Army and ISI officials for terror-funding in Jammu and Kashmir.
“Pakistan’s ISI and Army had to use Nepal based businessmen for terror funding in Jammu and Kashmir as they were finding it difficult, rather impossible, to pump the money through the Line of control (LoC) and International Border (IB) as their infiltration routes had been blocked by Army and BSF,’’ sources said.
Only few days back, Jammu Police had come through another racket originating from Bihar which was supplying arms to the militants in Jammu and Kashmir.
The Special Operations Group (SOG) had arrested a youth from Chapra in Bihar who had supplied seven pistols to militants in Jammu and Kashmir. The supplier of arms was, however, a criminal and not militant, sources said, adding he had given pistols to the militants in lieu of cash. He has been brought here by the SOG and subjected to questioning.
Sources said the development indicate that the militants operating in Kashmir were not only running short of cash but also arms and ammunition due to blockade of infiltration channels by security forces which was the reason that they had to procure pistols from the criminals in Bihar.