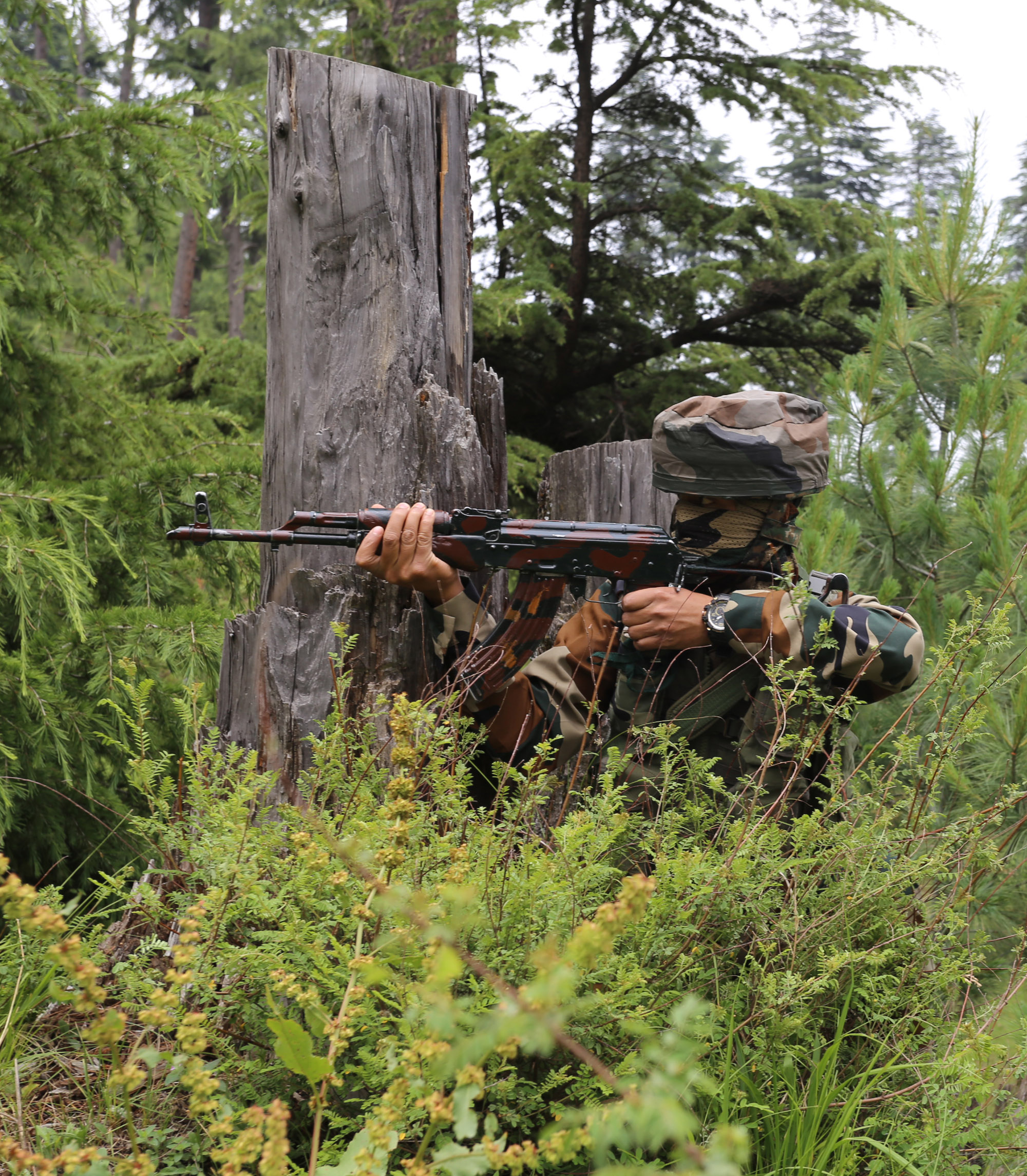 Fayaz Bukhari
SRINAGAR, June 10: Army today foiled a major infiltration bid in Keran sector of North Kashmir’s Kupwara district killing six militants while a massive operation has been launched in Bandipora forests against a group of heavily armed militants.
Srinagar based Defence Ministry spokesperson Colonel Rajesh Kalia said here that the soldiers manning the fence along the LoC in Keran sector challenged a group of infiltrators. “After being challenged, the infiltrators equipped with modern weaponry opened fire which was retaliated triggering a gunfight,” he said.

Click here to watch video
“In the ensuing gunfight, six infiltrators have been killed so far in the operation. During searches, the bodies of all the six militants were recovered along with as many AK-rifles and a huge quantity of arms and ammunition,” the spokesman said. He added that the identities and the group affiliation of the militants are being ascertained.
In the meantime, Army today continued its operation against a group of heavily armed militants in Raynar forest area of Bandipora district.
Militants attacked the Army search party in last evening triggering a brief encounter after Army’s 14 RR cordoned off Raynar forest area following inputs about movement of a militant group.
Additional reinforcements of Army and SOG were rushed to the area and a massive cordon was laid. This morning, the operation was resumed. They again had a brief gun battle with the militant group today but militants managed to slip out from the cordon.
Sources said that the militant group comprising about 15 members recently crossed into Bandipora after infiltration from Kupwara. However, troops are tracking their movement and massive operation is going on against them.
The Army says that over 250 militants are waiting for infiltration on the launch pads in Pakistan occupied Kashmir (PoK) near the Line of Control (LoC).  They have foiled several infiltration bids this year along the LoC in North Kashmir but few groups managed to sneak in despite tight vigil.
Last year, as per the Multi Agency Centre (MAC) figures, a record numbers of militants, 120, infiltrated into Kashmir last year.
The Army says that militants are desperate for infiltration as large numbers of their cadres were killed for last over one year. This year, so far, 153 were killed in militant violence including 34 civilians, 31 security force personnel and 88 militants. Last year the figure for whole year stands at 57 civilians, 83 security force personnel and 218 militants.