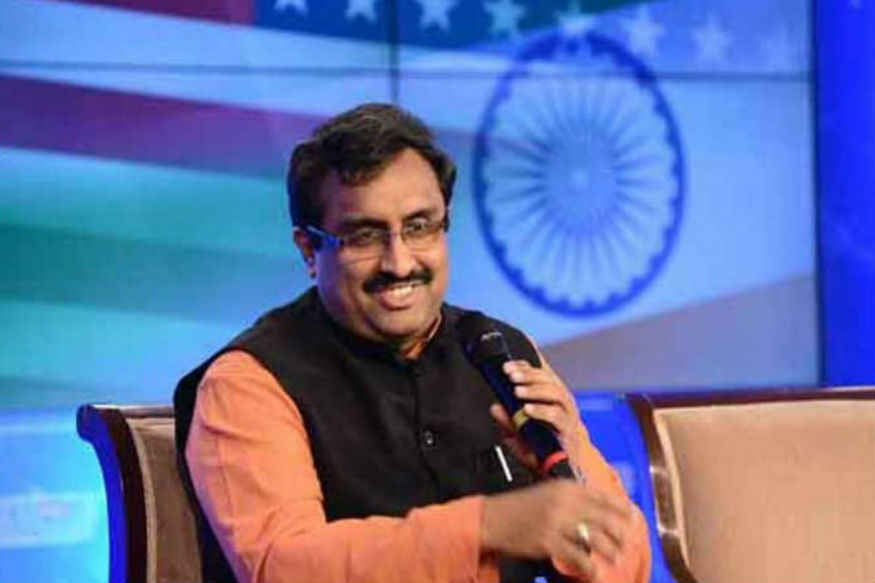 ‘BJP won’t take initiative on its own’

Excelsior Correspondent
JAMMU, Sept 21: BJP national general secretary and party’s pointman on Jammu and Kashmir has said that the party will not take any initiative to form the Government in Jammu and Kashmir but since two and half years term of the present Assembly is still left and if “any other group’’ comes forward to form the Government, “we can give it a try’’.
In an interview to a news web portal, Madhav said the BJP would rather like the Governor’s rule to continue for some more time instead of taking any initiative to form the Government in the State, which is under the spell of Governor’s rule for past three months after the BJP pulled out of Mehbooba Mufti-led PDP-BJP coalition Government.
While maintaining that the BJP will not take initiative to form the Government on its own, Madhav, however, kept the options open for formation of the Government in the State saying if any other group comes forward and stake claim to form the Government, “we can give it a try’’.
This, political observers pointed out, was an indication that after the completion of Municipal and Panchayat elections, the BJP could explore possibilities for formation of Government in the State. Madhav, however, didn’t identify any group that can come forward and stake claim for formation of the Government with support of the BJP.
PDP is single largest party in the State Legislative Assembly with 28 MLAs followed by BJP 25, National Conference 15 and Congress 12 in the House of 87. BJP’s ally People’s Conference has 2 MLAs while rest are Independents and Others. The PDP, which had faced revolt from about half a dozen MLAs after fall of the Government, had received solace after two of the rebels including Javeid Beg and Abdul Majeed Paddar returned to the party fold.
“We are, right now, only keen that Governor’s rule continues for some more time,” Madhav said.
He told the web portal that the BJP withdrew from the Mehbooba Mufti-led PDP-BJP Government in June because of a “huge governance deficit” in the State, especially in the Valley.
“In Jammu, we still had our Ministers who were roaming around and governance was visible. But it was absent in the Valley, which was leading to many more problems,” he said.
Madhav cited two other reasons for the withdrawal including growing corruption in the State administration and the BJP and the Cabinet being ignored in the decision-making process.
“We tried to correct it but we realised it was no longer tenable. The new administration under the Governor must improve on all these counts. We feel that some more time is needed for things to improve,’’ Madhav said.
Madhav criticized two premier political parties, National Conference and Congress for boycotting ongoing Municipal and Panchayat elections said their (boycott call) showed the two parties in poor light.
“These two political parties don’t seem to be interested in allowing grass root democracy to flourish as Centre and State Governments were trying to give powers to the villages by holding the civic body elections,’’ he said.
“There is a three-tier structure in the entire country but J&K is the only State where there is no institution below the MLA,’’ he regretted and said the boycott of elections was an effort not to allow grassroots leadership to grow as only certain families have control of these two parties but “we are trying to democratize politics in Kashmir.”
Madhav said there are organizations like the RSS and others which believe the insertion of Article 35A in the Constitution was done “through an illegal manner”.
“They have that view. Now we all have to wait for the Supreme Court (to give a ruling on this),” he said.
Article 35A empowers the Jammu and Kashmir legislature to define permanent residents of the State and give them special rights and privileges relating to jobs, properties and others.