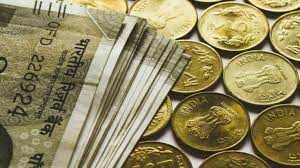 New Delhi, Nov 18: Realty firm Macrotech Developers has raised Rs 4,000 crore through sale of shares to institutional investors and will use this fund for business growth and reduction of debt, a top company official said on Thursday.
The Mumbai-based company, erstwhile Lodha Developers, is one of the leading real estate firms in the country and market its properties under ‘Lodha’ brand.
In an interview with PTI, Macrotech Developers Managing Director and CEO Abhishek Lodha said: “We have raised Rs 4,000 crore through QIP (qualified institutional placement) process. The demand was for more than Rs 12,000 crore worth shares from domestic and global investors.”
The company has raised this amount in less than six months of its initial public offer (IPO) of Rs 2,500 crore, he said.
Through the QIP, the company issued and allotted around 3.4 crore shares at Rs 1,170 per share.
Lodha said many new foreign and domestic investors participated in the QIP including Singapore sovereign wealth fund GIC and Oppenheimer.
Asked about use of QIP proceeds, he said: “Rs 3,000 crore will be utilised for growth of the business while the remaining Rs 1,000 crore will be used for debt reduction.”
For growth, Lodha said the company would continue to focus on adding projects in Mumbai Metropolitan Region (MMR) and Pune, mainly through joint development agreements (JDAs) with landowners.
“We will continue with capital light strategy. We will not go for big land acquisition.”
Lodha remained confident of achieving the targets of Rs 9,000 crore sales bookings during this fiscal on strong housing demand and also reduction of debt to below Rs 10,000 crore at the end of March 2022 from Rs 12,500 crore as on September 30, 2021.
On Monday, market sources had said that Macrotech Developers has raised Rs 4,000 crore through QIP. The issue opened on Monday and shares got subscribed same day itself.
After the QIP issues, the promoters shareholding will come down to 82.5 per cent. The company has two and half years more to meet the requirement of minimum 25 per cent public shareholding.
In April this year, Macrotech Developers got listed on the stock exchanges by raising Rs 2,500 through IPO.
Recently, Macrotech Developers reported its consolidated net profit at Rs 223.36 crore for the quarter ended September. It had posted a net loss of Rs 362.58 crore in the year-ago period.
Total income more than doubled to Rs 2,201.66 crore in the second quarter of this fiscal year from Rs 988.18 crore in the corresponding period of the previous year.
On the operational front, the company sold properties worth Rs 3,000 crore during April-September on better demand, and looks to double its sales bookings in the second half to reach the Rs 9,000 crore target this fiscal year.
Its sales bookings stood at Rs 5,970 crore during the last fiscal year.
Macrotech Developers focuses only on MMR and Pune markets.
The company is also developing two projects in London, where it made a foray in 2013.
Lodha said the company plans to sell its fully complete and rented office building of around 4 lakh square feet area in Mumbai.
The deal should be closed during this fiscal only, he added. (PTI)