JAMMU, Jan 18: Lieutenant Governor, Girish Chandra Murmu today conducted a whirlwind tour of Akhnoor-Jourian area.
During the tour, the Lt Governor visited ancient Buddhist site at Ambaran and historic Akhnoor Fort. He emphasized on preservation and restoration of these heritage sites and stressed on developing Ambaran Site and Akhnoor Fort as major heritage tourism destinations as these sites have a great potential for attracting tourists.
The Lt Governor directed the concerned officers to take necessary measures to safe guard these heritage sites and take up the works to make them aesthetically pleasing.

Click here to watch video
At Akhnoor Fort, the Lt Governor passed on spot directions to the officers for shifting the PHE over head tank out of the heritage area of the fort.
Further in Jourian, the Lt Governor reviewed the progress of work on 1640 mtr long Indri Pattan-Pargwal Bridge to be constructed at an estimated cost of Rs 119.69 cr. He directed the executing agency to expedite the pace of work for the timely completion of the mega project.
Later, the Lt Governor interacted with the Chairpersons of Block Development Councils and members of Municipal Committee Akhnoor who apprised the Lt Governor about the issues and demands pertaining to early completion of Sub-District Hospital (SDH) building, shifting of veterinary hospital from the congested town area to the outskirts, road connectivity for Horticulture Mandi at Daskal and establishment of Sewage Treatment Plant for the town.
The Lt Governor gave a patient hearing to the demands and issues projected by them and assured them to review all genuine issues projected by them for their early redressal. He further passed on spot directions to the officers for ensuring the early completion of SDH building and directed for the framing of the modalities for the shifting of the veterinary hospital as demanded by the delegations.
He asked officers to remain sensitive to the demands of the people living in rural areas and directed them to hold regular meetings with the PRIs, BDCs and members of ULBs to ensure participatory administration at grass root level.
Khurshid Ahmad Shah, Commissioner Secretary to the Government, Public Works(R&B) Department; Sanjeev Verma, Divisional Commissioner Jammu; Sudarshan Kumar, Director Rural Development Jammu, Des Raj Bhagat, Chief Engineer PWD and other senior and sectoral officers accompanied the Lt Governor. 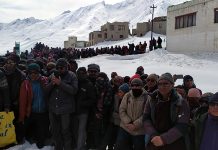 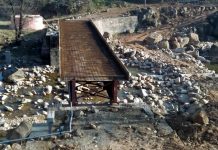 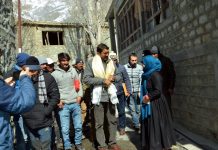 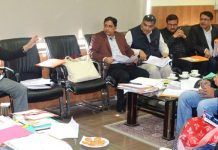 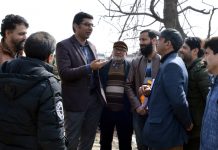 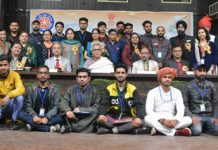 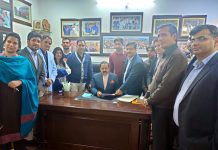 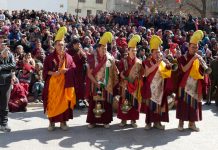 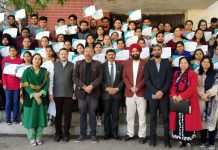 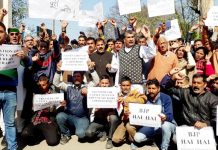