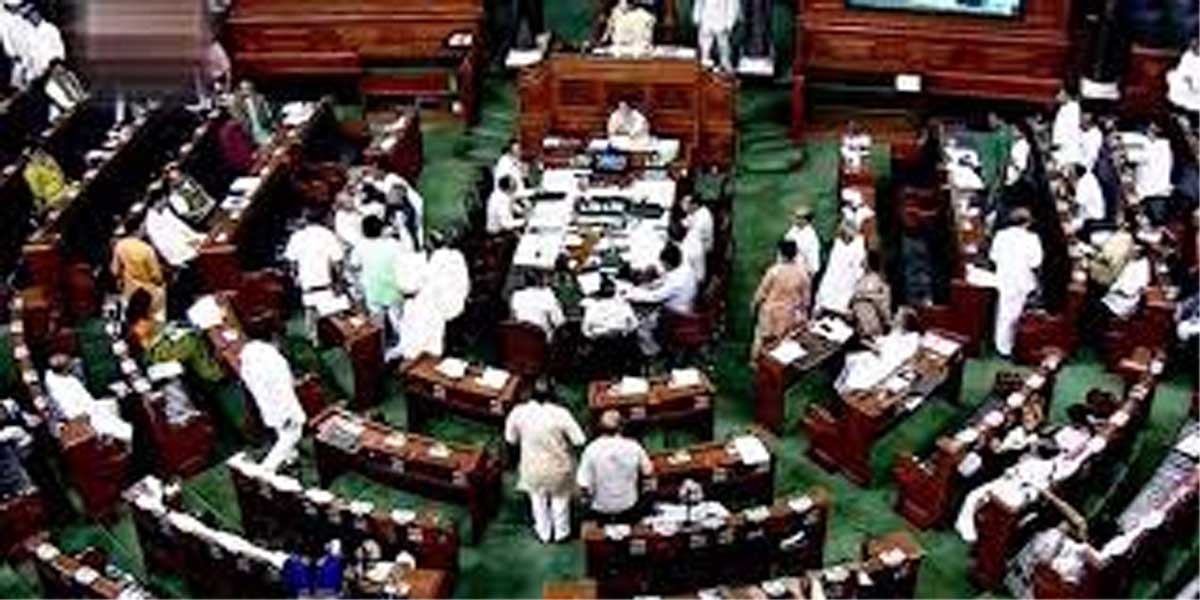 NEW DELHI, July 26:The Lok Sabha on Friday took up a bill which seeks to tighten corporate social responsibility compliance and reduce the load of cases on the National Company Law Tribunal (NCLT).
Piloting the Companies (Amendment) Bill, 2019, Finance and Corporate Affairs Minister Nirmala Sitharaman said the bill seeks to replace the ordinance and that, along with certain other amendments, it is being brought in to “ensure more accountability and better enforcement to strengthen the corporate governance norms and compliance management in corporate sector”.
The legislation amends the Companies Act, 2013, she said.
Ms Sitharaman said, “A bill to replace the first ordinance was passed in Lok Sabha in January 2019 but could not get through in Rajya Sabha. Hence the second ordinance was promulgated in February. This bill has been brought to replace the second ordinance. We are not bringing the bill in haste.”
The Minister said ambiguous areas were leading to different interpretations, adding that the proposed legislation is more driven by stakeholders and helps to improve the ease of doing business in the country.
A total 43 amendments were made in the Companies Act, 2013 — 31 in the the Ordinance and 12 new ones were added.
The key feature of the Bill is to replace the existing system of judicial prosecution for offences by a departmental process of imposition of penalties.
As a result, while the monetary burden on companies may go up, but offenders will not be have to face criminal courts and the stigma attached with the same.
Initiating the debate, Congress leader Adhir Ranjan Chowdhury opposed the ordinance route taken by the government.
“The government is getting “addicted” to ordinance route and is in hurry to pass legislation after legislation.
He asked the government “what is the unambiguous definition of shell company”, adding that there was a need to be extra careful against them.
There is no legal framework to define a shell company, he said.
BJP member P P Choudhary said although the Companies Act, 2013 was comprehensive, the draft law addresses two issues—disclosure and accountability—and small cases were referred to the NCLT which was clogged with small cases.
So, in-house adjudication was provided, Mr Choudhary said, adding that thus people’s trust increased and ease of doing business also improved.
Serious offences and corporate frauds are left untouched in the Bill, he said.
The Pali lawmaker said the biggest advantages are EODB, corporate compliance and declogging of special courts and the NCLT.
This will facilitate speedy disposal of cases and load of NCLT will also be decreased, he said.
The 2013 Act contains 81 compoundable offences punishable with fine or fine or imprisonment, or both. These offences are heard by courts. The Bill re-categorises 16 of these offences as civil defaults, where adjudicating officers may now levy penalties instead.
These offences include issuance of shares at a discount, and failure to file annual return. Further, the Bill amends the penalties for some other offences.
Under the Act, if companies which have to provide for CSR, do not fully spent the funds, they must disclose the reasons for non-spending in their annual report. Under the Bill, any unspent annual CSR funds must be transferred to PM Relief Fund within six months of the financial year.
(UNI)