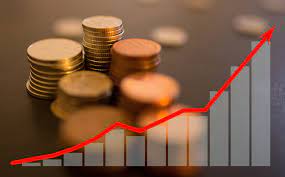 New Delhi, Sept 24: Industrial and logistic park developer Logiy Spaces has tied up with AA Holdings to build a new project at Narasapura, Karnataka with an investment of USD 37 million (around Rs 300 crore).
In a statement, AA Holdings, which has recently been formed by Abhijit Verma, said it has formed a joint venture with Logiy Spaces to invest USD 37 million for the development of 1 million square feet of industrial and logistics park.
The project is scheduled for completion by September 2023.
“In our endeavour to enable local landlords and aggregators to become successful micro entrepreneurs and fulfil the need for quality commercial spaces in the country, we floated AA Holdings to provide them the right guidance and mentorship,” said Verma, the MD and CEO of AA Holdings.
“We will be developing 1 million square feet of industrial and logistics park in the suburbs of Karnataka at an investment outlay of USD 37 million. This project will be executed in a joint venture with Logiy Spaces,” he added.
Narasapura is one of the biggest industrial regions in Karnataka, under the district jurisdiction of Kolar and is well connected to notable cities and highways of Kolar, Malur, Hoskote, Bangalore, Chennai, Chittoor and NH 4 among others.
AA Holdings and Logiy Spaces target to deliver a minimum of 5 million square feet by 2024, with an estimated capital infusion of USD 200 million.
B R Venkatesh Kumar, Managing Director of Logiy Spaces India, said, the company has partnered with AA Holdings as it found synergies in vision of establishing a world class warehousing infrastructure.
Headquartered in Bangaluru, AA Holdings assists in investment, construction and tying up with clients for warehousing and industrial assets across top locations in India.
The demand for warehousing and industrial spaces are rising in India particularly from third party logistic (3PL) and e-commerce players.
According to Colliers India, leasing of warehousing and industrial space stood at over 22 million square feet during 2021 in the top 5 cities.
Leasing of warehousing space in India’s eight major cities rose 62 per cent during the last fiscal to record 51.3 million square feet, Knight Frank India said earlier this week. (PTI)