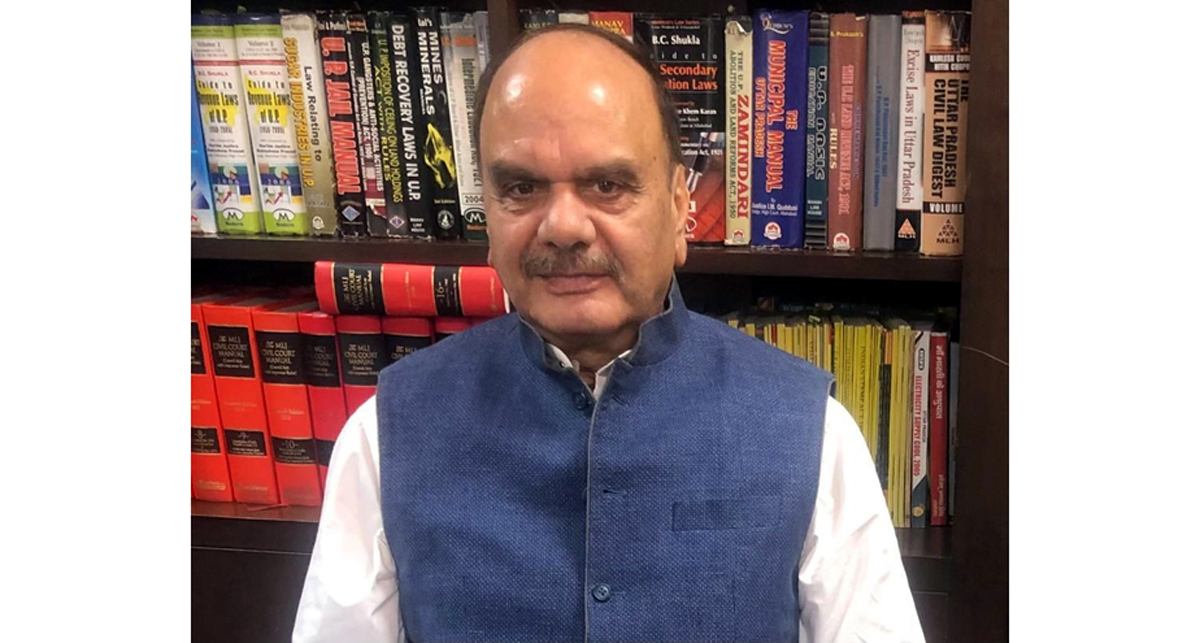 Excelsior Correspondent
JAMMU, Sept 19: Speaking with the Kashmiri Law students of Indraprastha University colleges, the eminent legal eagle and Chairman-Kashmir (Policy and Strategy) Group, Ashok Bhan said important constitutional question of legality of repeal of Article 370 be better left to Supreme Court.
“Kashmir situation has wheels within wheels. It is enveloped in a dense opacity with layer upon layers of distortions of history, self serving myths and competing political interests. Peeling off these layers by revisiting history, without prejudice on the real issues involved can only help in a better way forward,” he opined.
While recalling what exactly had happened on 5th August 2019, Ashok Bhan said that no Constitution Amendment Bill was brought in Parliament or passed. “The Government issued an order under Article 370(1) superseding a similar order of 1954 and adding clause (4) to Article 367 (the interpretation of article of the Constitution). On the same day the Govt brought a resolution before the Parliament for the repeal of Article 370 and it was passed by both Houses under the proviso to Art 370(3) of the Constitution,” he explained, adding that on the next day, the President of India made a notification under Article 370(3) of the Constitution declaring that all the clauses of Article 370 shall as on 6th August 2019 cease to be operative except a sole new clause that was introduced by the same notification.
Pointing towards PAGD’s demand for restoration of special status under Article 370, Ashok Bhan mentioned about Ghulam Nabi Azad’s narrative that restoration of Article 370 was impossible as long as BJP was in power.
“People of J&K have a Hobson’s choice to choose their future political dispensation through democracy. So better avoid a competitive narratives on Kashmiri’s special status and Article 370. It is fraught with making the ensuing election campaign murkier,” he said.
Ashok Bhan reminded that when Article 370 was introduced, it was temporary because by that time the Constituent Assembly of J&K had not been constituted and as such it had not met. “Because the Constituent Assembly had taken a decision that J&K shall be part of India and to have this kind of special status, they endorsed Article 370,” he said and added that Article 370 itself envisaged the President of India can modify it, and ‘modify’ may mean even repeal – is a question which the Supreme court will determine.