Excelsior Correspondent
SRINAGAR, Jan 6: Advisor to Lieutenant Governor, K K Sharma today urged officials of various departments to launch awareness campaign to educate people about various welfare schemes.
Speaking to scores of delegations at grievance camp here, the Advisor urged people to stay connected with the respective administrative units and get themselves educated about several centrally-sponsored schemes to avail their benefits.
“Administration should launch a mass-scale awareness regarding several welfare schemes, so that people avail benefits,” Advisor Sharma urged officials during the camp. “People need good governance and officials must make a comprehensive plan to launch awareness campaign to take development drive to the doorsteps of the people,” he added.
During the pubic grievances camp, the Advisor listened to people’s demands patiently-giving on spot-directions in some cases, besides urging officials to make close coordination with people to address their grievances.
Principal Government Women College, MA Road, Srinagar, Prof Yasmeen Ashai, Chief Engineer, PDD, Aijaz Ahmad Dar, Director, SKICC, JavedBakshi, Joint Director, School Education, Kashmir, AabidHussain, Joint Director, Industries and Commerce, SS Qadri among other senior officials were present during the camp.
At least 70 delegations and individuals met the Advisor during the public grievance camp.
A delegation of seasonal teachers of School Education Department apprised the Advisor about their grievances and demanded regularisation in the department.
Another delegation from School Education Department demanded promotions as per the guidelines as no DPCs were constituted in this regard for some years.
A delegation of college teachers on academic arrangement demanded extension of their services.
A delegation of JKTDC Employees Association demanded release of 6th and 7th Pay Commission arrears.
A delegation of Adventure Tour Operators Association met the Advisor and urged him to take steps in launching Adventure tourism in Sonamarg and Gulmarg.
A delegation of SIDCO employees demanded that incentives for Micro and Small enterprises should be enhanced by the Government as they have been working on meagre salary.
A delegation of Contractors Association met the Advisor, demanding settlement of their long-pending dues with the PDD.
The Advisor directed CE, PDD on the spot to examine the case and settle it within a stipulated time.
A delegation of FMPHWs, MMPHWs, demanded regularisation in the department, urging the Advisor that the Government must enhance the posts in the NHM. 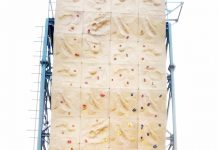