JAMMU, Aug 31: As a part of series of bike rallies organised by Dogra Swabhimaan Sangathan in Kathua and Hiranagar, a large such rally was took out by the activists of DSS in Jammu City today.
A large number of youth led by former minister and two times MP, Ch Lal Singh took an extensive tour of  Jammu City raising slogans in favour of the long pending demand of Dogras for state holiday on the birth anniversary of Maharaja Hari Singh and also a CBI inquiry in Rassana case of Kathua.

Click here to watch video
The bike rally was started from the residence of Ch Lal Singh and passed through all the main chowks including Gandhinagar, Kalu Chack, Greater Kailash, Bahu Plaza, Jewel Chowk, Kachi Chawani, Panjtirthi, Ambphalla, Janipur, Raipur- Domana, Akhnoor Road, Talab Tillo, and finally culminated at his residence in Gandhinagar. People from all walks of life including students, businessmen, advocates, professors, farmers joined the rally enthusiastically and were welcomed by various civil society members and organisations en-route who organised different food stalls and water stalls for the rally. Women in large numbers also participated in this grand rally.
While addressing the large rally, Ch Lal Singh said that the present movement of Dogras under the aegis of Dogra Swabhimaan Sangathan, will turn out to be the last nail in the coffin of Kashmiri hegemony  and the Dogra pride which has  a rich heritage will be restored at all costs. He urged the people of Jammu Province to be united in order to safeguard their self respect and the culture. He cautioned the Dogras to be vigilant and see to it that some ‘Jai Chands’ are also within, and this is the time when they need to be exposed. There are some fringe groups who are conspiring and making futile attempts to dilute the Dogra movement on behest of some politicians who always became instrumental in selling out the interest of Jammu, Ch Lal Singh maintained.
He warned all the political parties, banking upon the votes of Dogras, that enough is enough and now Dogras will not get exploited and shall give a befitting reply to those forces which have been detrimental to the interests of Dogras.

Article 370 was root cause of discrimination with SCs: Balbir 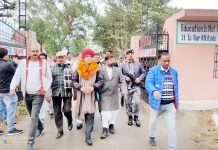 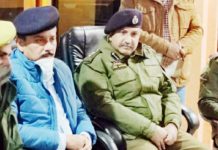 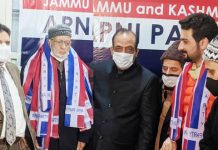 HC seeks report on working of SWM bylaws in Gulmarg