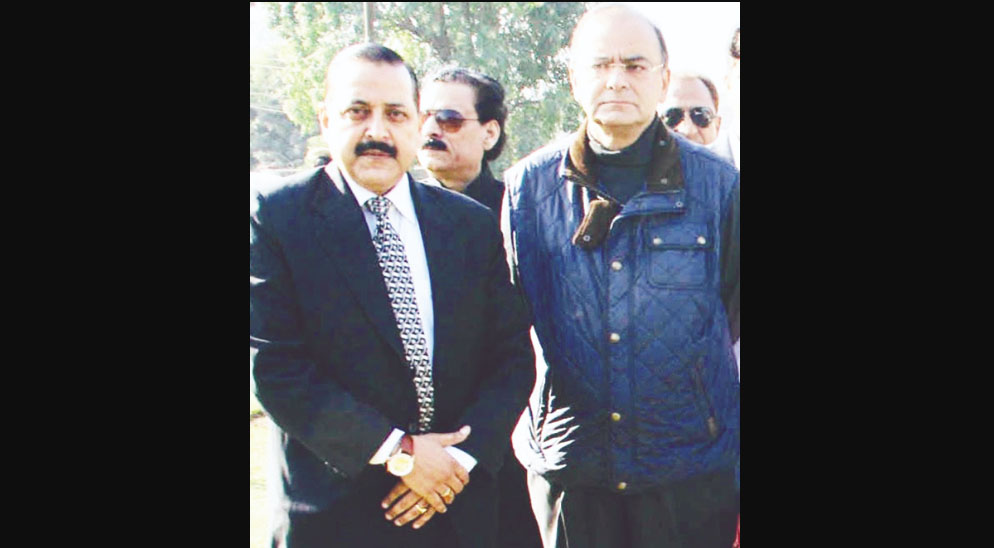 What Arun Jaitley meant to me is a question which I myself may not be able to answer, even though, over the years, I have, on several occasions, sought an answer to it—- from within myself.

Our deeply evolving relationship was possibly triggered by a destined decree. For years together, I had been closely associated with the activities and programmes of the “Sangh” Parivar and was also a Core Committee Member of “Shri Amarnath Sangarsh Samiti” which had spearheaded the Amarnath land agitation with full organisational backing …. but I was never a formal party member of Bharatiya Janata Party nor did I ever envisage myself in that role. The turning point came, rather dramatically.

One February afternoon, while sitting in his 9 Ashoka Road chamber, Arun Jaitley suggested whether I was ready to formally take over the responsibility as a party office-bearer of Bharatiya Janata Party, which also implied that I would have to tender my resignation from the post of Professor of Medicine in Medical College. I must confess, I did not straightway respond in too many words but while leaving the room, I stood at the door, looked back at him and said “Hope, that would not make a laughing stock of me”. He looked up, smiled and, a man of few words as he was, he just said “You will carve a niche for yourself”.

On my return, without much of consultation or discussion with my colleagues in the Medical Institute or the members of my family, I quietly put in my papers for voluntary retirement and sought to embark on a new work-routine wherein, I would devote the latter part of the day to party work and in the remaining part of the day make my living through private practice at my clinic.

Today, looking back, I feel tempted to ask myself, what after all, gave me the confidence to give up a lucrative government job and join a political party which was, at that time, merely an opposition party with little prospects of coming to power. More so, in Jammu & Kashmir, where I came from, it was rarely heard of that a government official in a senior position would take to active politics before completing his term of service and even after retirement, those who had an “itch” for politics, would prefer to join Congress or some other non-BJP political party with possible ruling prospects in the State. Many of the colleagues and friends dissuaded me from taking the plunge but now I realize, it was my confidence in the credibility and commitment of the word spoken by Arun Jaitley which emboldened me to go ahead, even if it was seen by many as a foolhardy plunge at that time.

I am not sure whether I had faith in myself but, I had a huge faith in Arun Jaitley.

In the topsy turvy and need-based politics of today, Arun Jaitley had the commitment and capacity to stand up for a junior or a colleague if he was convinced about what he was doing. He could also take up cudgels for a colleague or a friend “in absentia” without the person concerned even being aware of it.

A word of appreciation or praise came rarely from him but that did come in abundance when he actually meant it and may be, he was too discreet not to praise someone on the face. I would feel personally gratified and more than that, highly flattered, sometimes when a mutual acquaintance came and told me that in the course of a conversation, Jaitley had a word of praise for something that I had done or said. On one occasion, a senior BJP leader told me during a BJP National Executive meeting, “Do you know, Arun ji was saying, you are an “Asset” for the party”. How many of the contemporaries in politics would qualify to live up to such generous compliment for a junior colleage, is something that one would hardly venture to guess.

Jaitley was the “Best Brain” in the country and the best brain I came across in my lifetime. But, he was never conceited and could indulge in mediocre or even routine gossip in order to relate with the other person by reducing down to the latter’s level.

Jaitley was sometimes accused of not readily responding with a warm acknowledgement if a Karyakarta passing by happened to wish him a ‘Namaste’ or ‘Namaskar’. But, very few realized that even without responding through a word of mouth or a smile, he had the knack of simply making a passing glance which enabled him to scan the ins and outs of the individual and form an opinion which would later determine the future bearings.

For me personally, for several years, Arun Jaitley had become the ultimate destination where the “buck stops”. I would often refer to him as a “Single Window” for any issue on the Earth because he was the one who had an answer to everything. Even before I shifted to Delhi, I would invariable call him on the phone every third day —- the best time to do so, I learnt from my experience was 8.30 AM to 9.30 AM. After I shifted to Delhi, I would walk up to his North Block office, at least once in the day, and his office staff too got used to my daily sojourn. Each day, I carried with me a small slip of paper with two or three issues jotted down, sometimes these related to official work, sometimes political and sometimes also personal. His response was prompt, brief, precise and always stood the test of time.

Jaitely had a special weakness for Jammu & Kashmir, also because he was married to a daughter of Jammu whose father Shri Girdhari Lal Dogra was a Congress stalwart and a close confident of Late Smt. Indira Gandhi . Very few may recall that at the time of Arun Jaitley’s wedding, his Baraat was accompanied by the BJP’s top national leadership of that time and it was received by the Congress’ top national leadership from the bride’s side.

The courage and conviction of Arun Jaitley is evident from the fact that the last Blog he wrote on the 6th of August was on the abrogation of Article 370, soon after the Bill had been passed by Lok Sabha. I was in touch with him, virtually on a day to day basis, but since the Parliament sitting went on till late that day, I could not reach out to him. I received a phone call at around 8.45 PM when he said that he was writing a piece on abrogation of Article 370 and wanted to check on one or two facts.

What Arun Jaitley meant to me, is perhaps an enigma even to me. But, what I know for sure is that the void which he has left for me and many others like me, to whom he was a mentor, friend and guide, would be difficult to fill —-at least in our lifetime.

(The author Dr Jitendra Singh is a Union Minister)