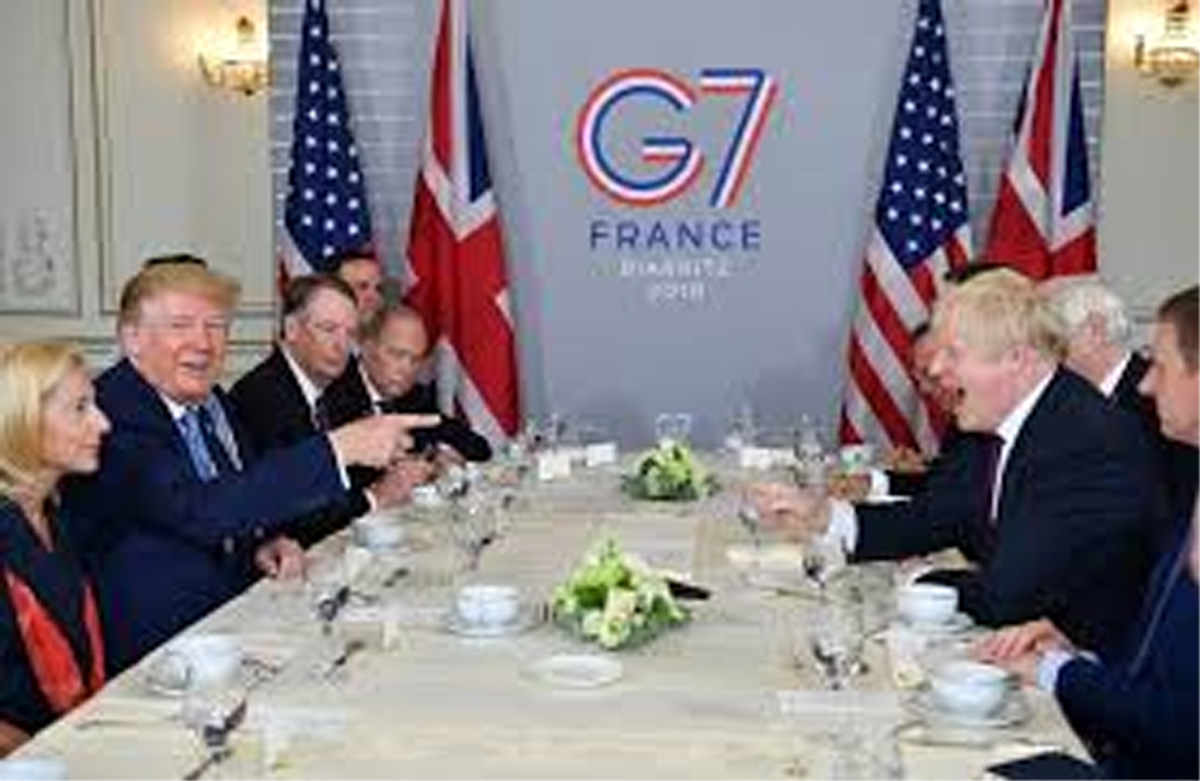 WASHINGTON, Aug 25:US President Donald Trump said on Sunday that there was a progress during talks on the first day of the G7 summit in the French city of Biarritz.
“France and President @EmmanuelMacron have done a really great job thus far with a very important G-7. Lunch with Emmanuel was the best meeting we have yet had. Likewise, evening meeting with World Leaders went very well. Progress being made!” Trump wrote on Twitter.
Before the summit, the French leader invited Trump to an impromptu lunch, during which the parties discussed a number of issues, including trade, tensions in the Persian Gulf, the situation in Libya and Iran.
The Group of Seven (G7) Summit officially opened in the city of Biarritz in southwestern France. More than 13,000 policemen and gendarmes arrived in the region to ensure security at the event.
(AGENCIES)