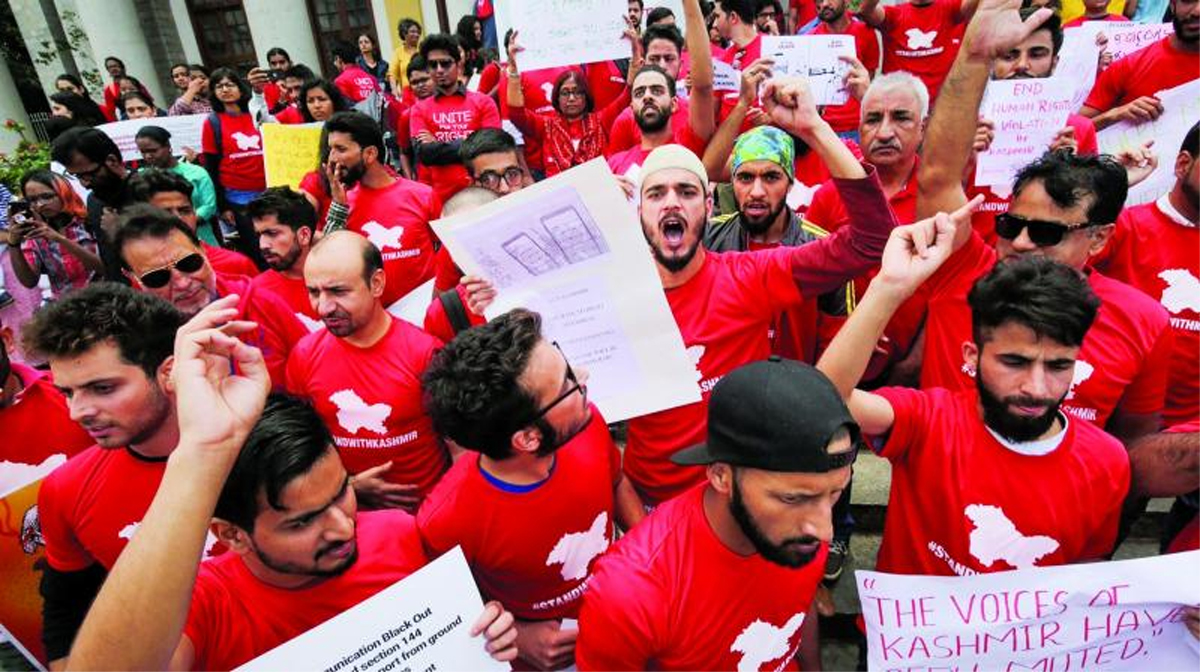 WASHINGTON, Aug 25: The Kashmiri Pandit community in the US held a rally applauding the Indian government’s decision to revoke the Article 370 of the Constitution that accorded special status to Jammu and Kashmir.

The Indian government on August 5 revoked Article 370 which gave special status to Jammu and Kashmir and proposed that the state be bifurcated into two union territories, Jammu and Kashmir, and Ladakh.

Joined by other members of the Indian-American community, Kashmiri Pandits held the rally last week in front of the CNN headquarters in Atlanta in support of the abrogation of Article 370.

“The rally highlighted the fact that these temporary articles related to Jammu and Kashmir needed these modifications as these were highly discriminatory against almost all Kashmiri minorities (such as Shias, Dalits, Gujjars, Kashmiri Pandits, Kashmiri Sikhs)…,” said Subash Razdan, Atlanta resident of Kashmir ancestry and a former president of the National Federation of Indian American Associations (NFIA).

At the rally, Kashmiri Pandits told personal stories of their hapless exodus and yearning to go back to their homeland which they left in 1990 due to militancy.

“All those present believed that under this new freedom courtesy of the Modi Government, India’s Hindus, Muslims, Sikhs, Christians and other minorities will now have a better chance to be equals before the law!” Razdan said.

Meanwhile, Overseas Physicians of Kashmiri-Origin in a letter to the editor in chief of Lancet magazine Dr Richard Horton said that they are deeply disappointed that his recent opinion published on August 17 omits many relevant facts, and thus represents an intellectually dishonest analysis of a complex geopolitical issue.

“We request that the Lancet immediately retracts the editorial, or publish a viewpoint that includes a more thorough set of facts and analysis on Kashmir…,” the letter said.

It also said that the Lancet “has no locus standi to question the initiatives undertaken by a secular, sovereign and democratic nation to solve the Kashmir conundrum. (PTI)