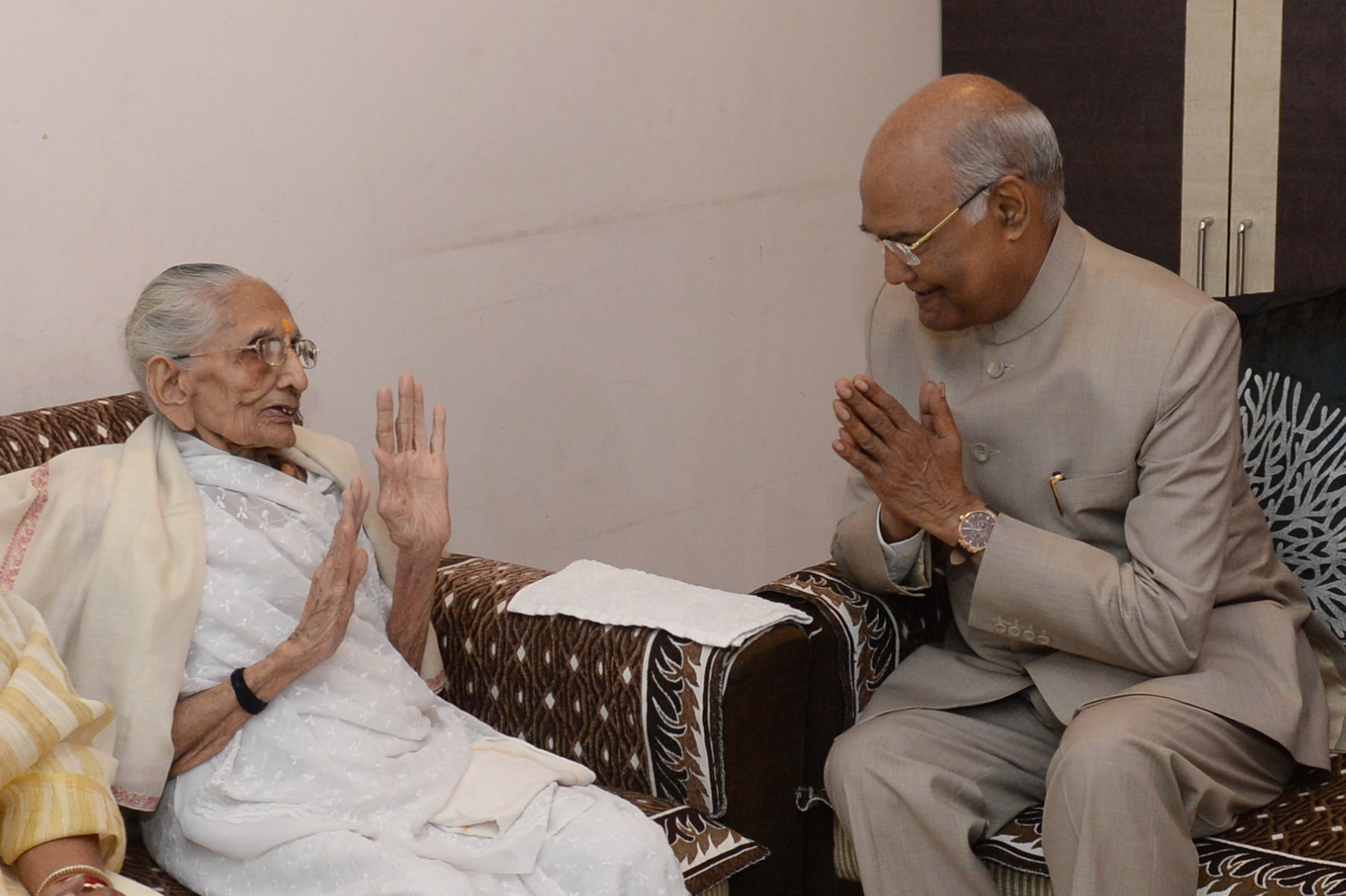 AHMEDABAD, Oct 13:
President Ram Nath Kovind met Prime Minister Narendra Modi’s mother Hiraba at her residence near Gandhinagar on Sunday morning.
On the second day of his two-day Gujarat visit, the president and his wife Savita Kovind met the prime minister’s nonagenarian mother at her residence in Raisan village, where she lives with her younger son Pankaj Modi.
They spent around half-an-hour with her. Later, Kovind and his wife visited the Mahavir Jain Aradhana Kendra, located nearby at Koba, to seek blessings of Acharya Shri PadmaSagarsuriji.
They were received there by Chief Minister Vijay Rupani.
Earlier, Kovind and his wife arrived in Ahmedabad on Saturday. They was received by Governor Acharya Dev Vrat at the Raj Bhawan where they stayed at night. (AGENCIES)