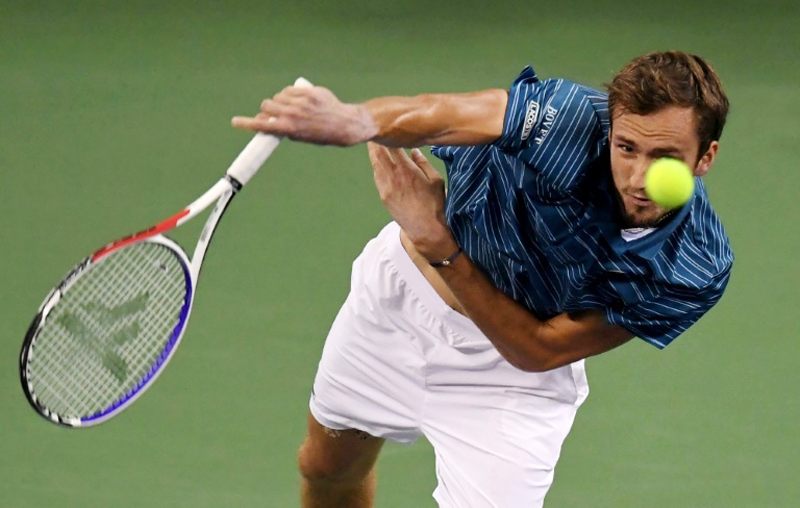 Shanghai, Oct 13:
Daniil Medvedev conceded that he had been “invincible” after he won his fourth title of a spectacular year with a thumping 6-4, 6-1 victory over Alexander Zverev in the Shanghai Masters final on Sunday.
Victory for the 23-year-old Russian, contesting a sixth final in a row, was more evidence that he is the prime contender to join the “Big Three” of Novak Djokovic, Rafael Nadal and Roger Federer.
The US Open finalist is also able to say that he has finally beaten the German Zverev, another young contender at 22, at the fifth attempt.
This was an emphatic statement from the world number four, needing just 74 minutes to seal the crown and failing to drop a set all week.
“I can say that here I looked invincible this week, since I am the winner,” said Medvedev, who was planning to catch a 1:00am flight to Moscow and could play there this week.
“This week, yes, I probably was invincible, but for the coming weeks I’m not sure.
“Here this week there were definitely some matches that, let’s say, lose the set and we don’t know how it would have gone.” Medvedev said that he is a better player than he was at the start of the year, but has really sparkled since the summer.
Starting with Washington, DC, in July, the Russian has reached six finals on the spin — including the US Open — winning three of them.
Asked in what respect he has improved, Medvedev, who now threatens to usurp Federer at three in the world, said: “I think it’s everything together, something clicked in my game in the US, I don’t know why.
“I think it’s the hard work I’ve been doing, but I started to understand even more about my game, my serve, my volley, my everything, what I have to do when.
“At crucial moments I know what I have to do and how I have to play.” Zverev, long touted as the best of the new generation of men’s tennis stars, was error-prone, but had no complaints.
“As I said yesterday, you are probably the best player in the world right now,” the world number six told Medvedev. (Agencies)