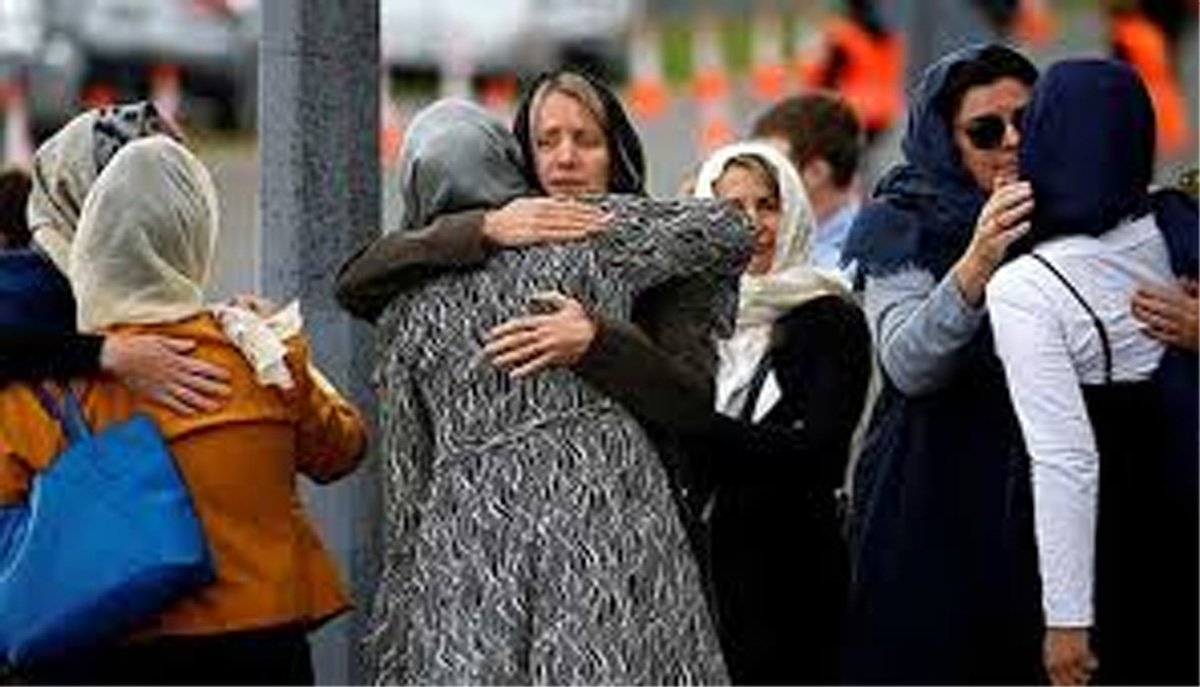 CHRISTCHURCH, Mar 22: Women in Christchurch wore makeshift hijabs as a statement of peace and solidarity on Friday, a week after a white supremacist killed 50 Muslims at two mosques in the southern New Zealand city.

Rafaela Stoakes, a 32-year-old mother of two, said wearing the Islamic head covering gave her an insight into what it means to stand out and feel part in the minority.

On Friday morning she covered all but a few locks of her dark chestnut-coloured hair in a loose red and white scarf, crossed neatly beneath her chin and tucked into a black hiking jacket.

She is one of many women in New Zealand who is embracing #HeadScarfforHarmony, to make a stand against the hate espoused by the Australian man accused of killing dozens of worshippers.

Headscarves are also being worn as a mark of respect by policewomen and non-Muslim volunteers directing the crowds around the site in Christchurch holding communal prayers on Friday.

Many are wearing a headscarf for the first time.

“It is amazing how different I felt for the short time I was out this morning,” Stoakes told AFP.

“There were a lot of confused looks and some slightly aggressive ones,” she said.

“I did feel a sense of pride to honour my Muslim friends, but I also felt very vulnerable and alone as I was the only person wearing one.” “It must take a lot of courage to do this on a daily basis.” Women have flooded Twitter, Facebook and other social media — which played a key role in allowing the gunman to spread his message — with their images.

“If I could I would be attending the mosque and standing outside to show my support for my Muslim whanau but I’ve got lectures and I can’t really skip them,” she told AFP, using a Maori language term for an extended family.

“Obviously this is all spurred on by the terrible tragedy in Christchurch, but it’s also a way of showing that any form of harassment or bigotry based on a symbol of religion is never okay,” she added.

“As New Zealanders, we have to make a really strong stand.” Although the headscarf has been the subject of contentious debate over gender rights in the Islamic world, for Stoakes the day has been a lesson in how pious Muslim women often do not have the option to melt away into the background when they feel vulnerable.

“We can nod and pretend to agree with people who we are afraid of, or plead ignorance if we feel in danger of confrontation,” she said.

“But a Muslim is just right out there. Like a bullseye. Their hijabs and clothing speak before they do.” (AGENCIES)
&&&