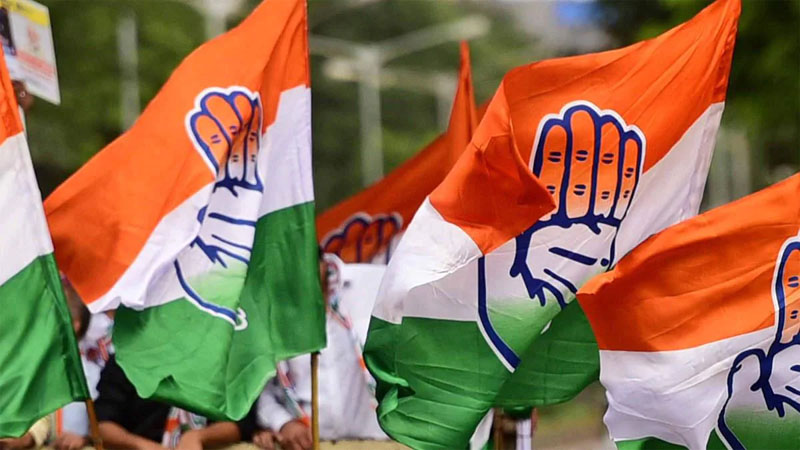 NEW DELHI, Sept 30:
The stage was set today for a contest between Mallikarjun Kharge and Shashi Tharoor for the Congress president’s post with the Dalit leader from Karnataka emerging as the clear favourite.
The third candidate in the fray, K N Tripathi, a former Minister in Jharkhand, is considered a lightweight for the contest.
Kharge, Tharoor and Tripathi filed nominations on the last day which saw the AICC headquarters come back to life after long, with workers swarming the complex.
The 80-year-old Kharge, flanked by top Congress leaders, filed 14 sets of nomination papers with the proposers including Ashok Gehlot, Digvijaya Singh, A K Antony, Ambika Soni, Mukul Wasnik and members from the G-23 ginger group comprising Anand Sharma, Bhupinder Hooda, Prithviraj Chavan and Manish Tewari.
Tharoor, who was also part of the G-23 group, filed five sets of nomination papers, while former Jharkhand Minister Tripathi filed a single set of poll papers with Madhusudan Mistry, the chairman of the Congress’ Central Election Authority.
A majority of G-23 leaders put their weight behind Kharge by becoming his proposers instead of Tharoor, who was a prominent member of the grouping.
Among MPs too, a number of Congress leaders signed Kharge’s papers, while Tharoor’s backers were limited to a few including Karti Chidambaram, Mohammed Javaid and Pradyut Bordoloi. (PTI)