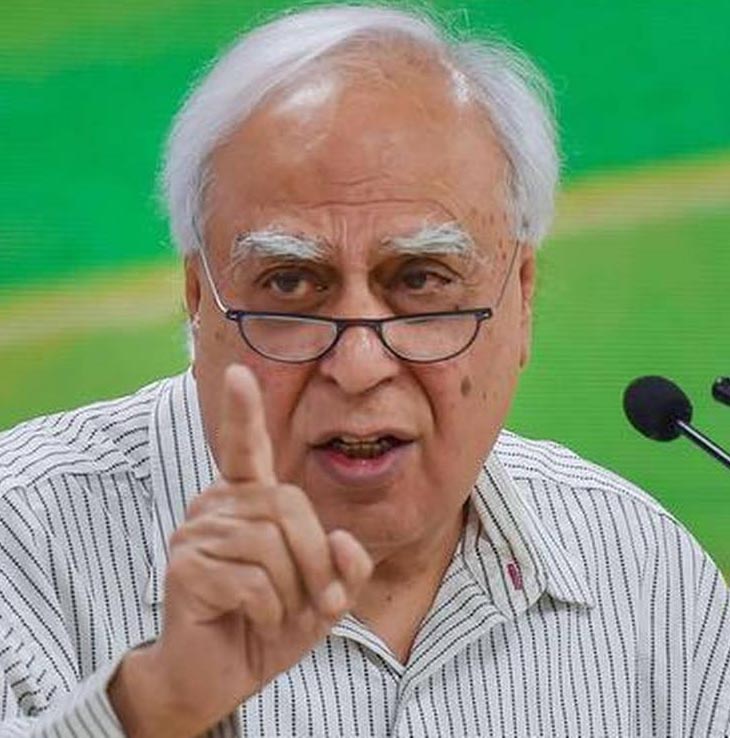 NEW DELHI, Jan 19:
Asserting that the uproar over the amended citizenship law and the Jamia-JNU violence will be a major factor in the Delhi Assembly polls, senior Congress leader Kapil Sibal on Sunday said Chief Minister Arvind Kejriwal’s “subdued” response to the issues “smacks of opportunism”.
He also said the Congress will play a “significant” role in the polls and exuded confidence that the party could get enough seats to emerge as the “determining factor” in government formation.
“He (Kejriwal) did not show up in Jamia (Millia Islamia), he did not show up in JNU (Jawaharlal Nehru University). His statements were not frequent enough, strong enough and open enough,” Sibal said in an interview.
He said Kejriwal’s somewhat “subdued” response to what has been happening around has not sent the right kind of signals.
“It smacks of opportunism,” said the Rajya Sabha MP, who is a member of the Congress’ election and campaign committees for the Delhi polls.
Asked if the massive uproar over the Citizenship Amendment Act (CAA), the National Population Register (NPR), the National Register of Citizens (NRC) and the violence on university campuses will be a major factor in the polls, Sibal replied in the affirmative.
“What has Kejriwal done? Kejriwal has not even visited the campuses, not even visited JNU, because this is politics,” he said.
“This is the problem when political parties take positions only for the purpose of an election, not for the purpose of what is right. People see through their acts,” the former Union minister said.
Sibal also alleged that the ruling Aam Aadmi Party (AAP) was not talking much about CAA, NPR and NRC for the fear of losing a section of a vote bank that it “desperately needs”.
He asserted that Kejriwal has to answer to the people for his response to CAA, NPR and NRC.
Asked if the Congress can form the government on its own, Sibal said, “I don’t think that we should be making such tall claims, but at the same time I think we will be a significant factor in this election… Maybe giving us enough seats to be the determining factor in the formation of the government.”
On whether the Congress can join hands with the AAP if it turns out to be the “determining factor”, he said, “Let us first get the results out in the open. What our strategy is will be known to everybody at that point in time.”
Sibal also dismissed suggestions that the Congress’ chances in the polls may be hampered by the absence of a popular and credible face, saying the credibility of a face has no relationship to the party’s credibility in terms of its functioning on the ground.
“In 2014, we had a credible face in (Narendra) Modi ji, that is what the people of India thought, see what has happened since then. So let us not talk about the faces. The face of the common man is far more important than the face of the chief minister,” he asserted.
It is only the Congress party that has always looked at the face of the common man or woman and worked towards his or her concerns, said Sibal, who has been elected to the Lok Sabha twice in the past from Delhi’s Chandni Chowk constituency.
Responding to a question about the Congress mounting a formidable challenge to the AAP, Sibal said his party does not have any seats in the Delhi Assembly, so the ruling party certainly has an advantage.
“I think they (AAP) claim more than what they have done on the ground. They have a fabulous media campaign. This is somewhat like our prime minister’s media campaign which sort of tries to claim much more than what the reality is. I think the people know the reality. So let’s see what happens,” he said. (PTI)