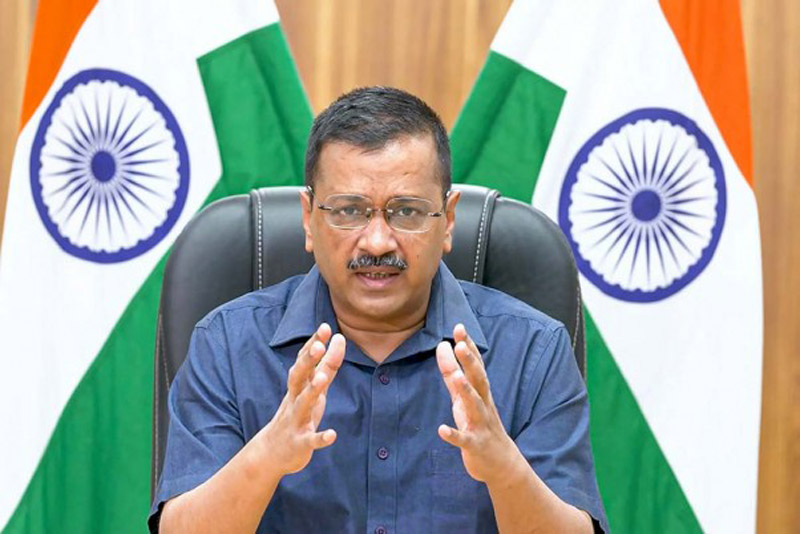 Aam Aadmi Party’s national convener Arvind Kejriwal on Thursday gave a “guarantee” that his party will provide free electricity up to 300 units per month to each household in Gujarat if voted to power.
Addressing people at a town hall meet here, the Delhi chief minister also promised round-the-clock power supply without any cuts to people of Gujarat, where the Assembly elections are due in December this year.
“This is being done for the first time in the history of India,” claimed Kejriwal, who has made free electricity a major poll plank in Gujarat.
He also assured that all pending electricity bills issued before December 31, 2021 will be waived, saying majority of them did not reflect the real power consumption and electricity companies “harassed” people to settle such matters.
“Electricity was already free in Delhi and the Aam Aadmi Party (AAP) made it free in Punjab within three months of forming government in that state,” he said.
“As people of Gujarat also want such a relief, I hereby give a guarantee that we will provide free electricity up to 300 units to each family if voted to power after the forthcoming Assembly elections,” Kejriwal told the gathering during his second visit to the state this month.
The AAP leader said what he is promising today is his guarantee and not a “jumla” (rhetoric) which other political parties mention in their manifesto ahead of polls.
“I am giving you a guarantee. If you find any fault afterwards, you are free not to vote for the AAP in subsequent elections. We will fulfil all the guarantees once we come to power,” Kejriwal said.
After consumption of 300 units of power per month for free, normal rates will be applicable, he said.
“There is no use of free electricity if there are power cuts. I heard that many villages and towns in Gujarat still experience power cuts. Thus, I guarantee that we will provide uninterrupted free power supply 24X7 without any cuts,” he said.
The AAP chief claimed that no other political leader except him in the country knows this “God gifted magic” of providing uninterrupted free electricity.
About the guarantee on pending bills, Kejriwal said people having very small houses many a times get bills of huge amounts of over Rs 50,000.
“When people file a complaint, the electricity company staffers demand more money to resolve the issue. Thus, as my third guarantee, we promise to waive all the pending bills issued before December 31, 2021 because I know that 70 to 80 per cent of the pending bills were not genuine,” he said. Also, people who had lost their electricity connection for not being able to pay the exorbitant bills in the past will get a new connection if the AAP comes to power in the state, he said.
Kejriwal said he will come up with a separate plan for power-related issues concerning farmers in Gujarat.
Hitting out at the ruling Bharatiya Janata Party for calling such freebies as “revadi culture”, Kejriwal said it was the BJP which had promised to provide 200 units of free electricity to the people of West Bengal ahead of the Assembly polls there.
Before Kejriwal arrived in the state on Wednesday night, BJP’s Gujarat unit chief C R Paatil, without naming anyone, said people should not get misguided by the “revadi culture” of freebies as it could eventually turn the state and India into Sri Lanka, which is currently going through a severe economic crisis.
Kejriwal said the BJP Government in Himachal Pradesh recently made power consumption up to 125 units per month free for the residents.
“Moreover, the government there has made water supply free and slashed public transport fares for women by half. So why is the BJP having a problem if people of Gujarat get such things?” the AAP leader asked.
Kejriwal claimed the BJP, which has been in power in Gujarat for last 27 years, was taking “people for granted because they do not have any choice”, and urged citizens to teach a lesson to the saffron party this time by voting the AAP to power.
Kejriwal last visited Gujarat on July 3, when he held a town hall on the issue of free electricity in Ahmedabad.
Presenting the “Delhi model,” he had said free electricity is possible in Gujarat if corruption is eliminated. (PTI)