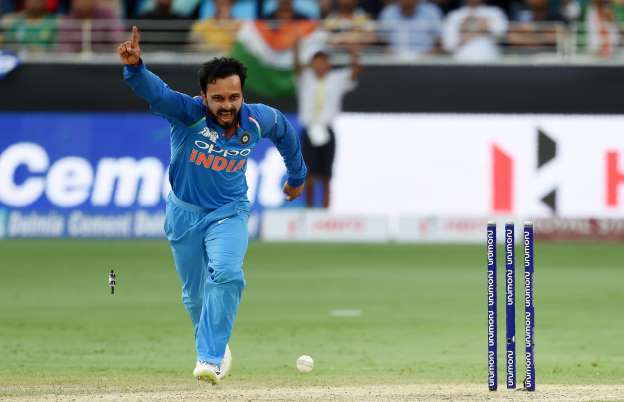 MUMBAI: Former India stumper Chandrakant Pandit has backed Kedar Jadhav to play a crucial role in the national team’s campaign in the World Cup beginning in the UK on May 30.

Pandit has tracked Jadhav’s progress since his younger days, having coached the Maharashtra U-23 side.

“He (Kedar) has definitely has a lot of talent and what he has proved in the last couple of seasons that he is a utility player and the best part is that Virat Kohli has used him for his all-round ability and not only for batting. You think he is a part-time bowler, but he has been successful,” Pandit, who now coaches Vidarbha, told PTI.

Pandit said he always knew that Kedar had it in him to play at the highest level.

“The good thing is that he has shown a cool temperament. In the middle-order he has the ability to win the game. A player like him would be ideal for 5/6 position.

“I am sure that they have a good option if they think about Kedar. I have seen him from beginning and I always found that he was talented. I am happy to see that he has shown tremendous progress, coming at this level and proving himself, he has done justice to his talent.”

Pandit said India are one of the favourites to win the World Cup.

“After playing the IPL and other series, it’s a different ball game considering the pressure of the World Cup. I think, considering the team combination and selection, that is one of the best team which I could see going on this tour,” said Pandit.

India, who had their first training session at the Oval on Thursday, begin their World Cup campaign against South Africa on June 5 at Southampton.

Pandit, a wicket-keeper himself, also said that Dhoni’s presence behind the stumps will be of big help to the bowlers.

“I’m sure that the confidence level which he (Dhoni) is going to provide young players who are going to bowl in this World Cup under pressure.

“He is also going to be dangerous player in the slog overs,” Pandit added. (AGENCIES)