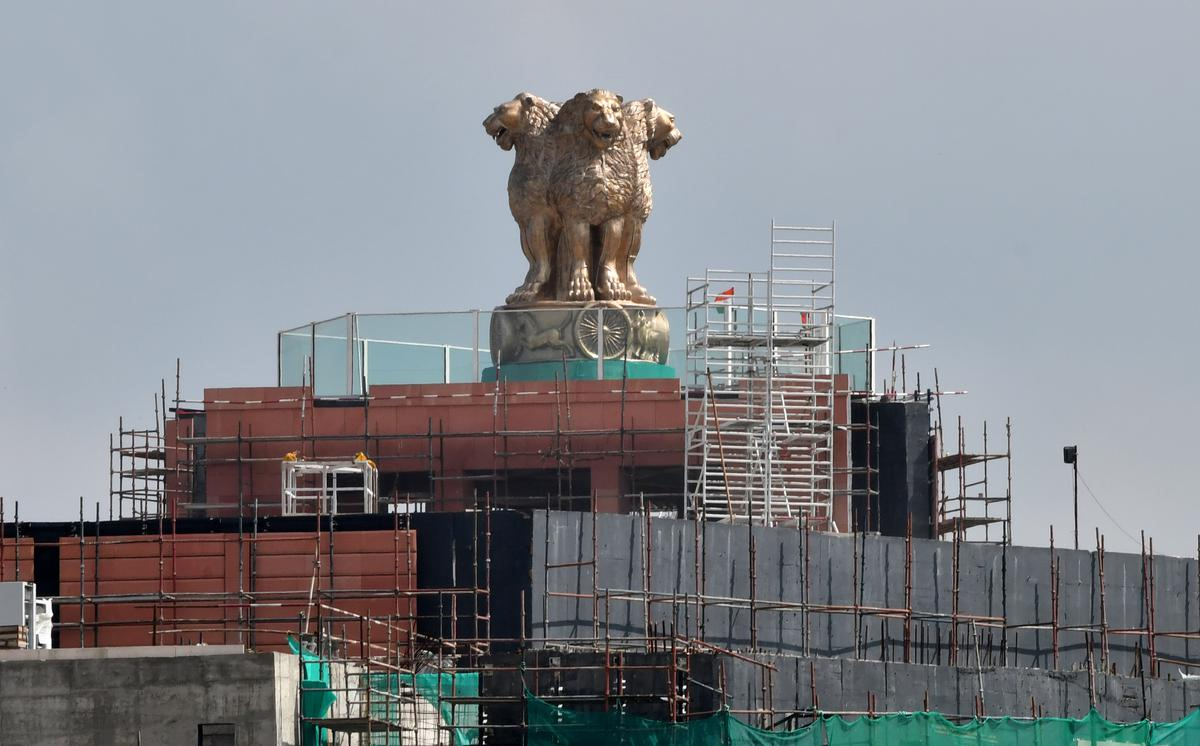 KHAG (J-K), Sept 4: The famed traditional hand-made Kashmiri carpets are all set to adorn the new Parliament building in the national capital as artists in a remote village in Budgam district are in the final stages of completing the work.
A group of 50 weavers and artisans in Khag in this central Kashmir district have been working for the last about a year to complete the project which was assigned to them by a New Delhi-based company.
The Government has maintained that the Winter Session of Parliament will be held in the new building being built under the Narendra Modi government’s ambitious Central Vista redevelopment project.
“We had received the order for 12 carpets from the company in October last year for carpets for the new Parliament building after we submitted the samples,” Qamar Ali Khan of Tahiri Carpets told PTI.
Khan, whose family has been running the unit involved in making and exporting carpets for 32 years, said making carpets for the Parliament was an honour and a matter of immense happiness.
“This art of ours – the hand-made carpets – was famous the world over. But, unfortunately, there has been a decline due to many reasons. Now, we hope it gets revived and this project helps in that,” he said.
The carpets to adorn the new Parliament building will be 11 feet long and up to 8 feet wide.
“They will be laid in a circular formation. The width of each carpet is not the same. It varies, it starts with less width and goes on to become bigger. But the minimum is four feet,” Khan said.
The carpets are unique and the three designs have been incorporated from the traditional Kashmiri ‘Kani’ shawl designs, he said.
“Fifty weavers are working on the project and 12 families are associated with it right from supplying raw material, designing, weaving, etc,” he said.
Khan said over 90 per cent of the project work has been completed and the rest will take about another 20 days.
“The designing of the carpets took about three months and then the actual work started. We hope to finish this month. We have already supplied nine carpets to the company. After we make the carpets, they are washed and some other fine touches are given to them before they can be used,” he said.
The process of Kashmiri carpet making is an arduous one. There are many phases- beginning with acquiring and preparing the raw materials, then treating and dyeing them, and finishing with weaving and adding the finishing touches.
Khan expressed hope the project will go a long way in creating awareness about Kashmir’s rich cultural heritage and giving the much-needed impetus to the art.
“Those associated with the carpet weaving would usually get Rs 150-225 a day for their hard work. With this project, the 50 weavers working on it get about Rs 600 to 700 a day,” he said.
He said they were now hoping to receive more orders, which will eventually boost the traditional art.
Kashmiri artisans and carpet merchants are eager for these carpets to be placed at India’s highest constitutional building so that people across the world would appreciate the skill of Kashmiri handicraft workers.
Parvaiz Ahmad, a weaver, while appreciating the employment generated by the project, expressed hope that the weavers will get more work and their due after the project is completed.
“We hope to get more such projects and better payments. This has helped us a lot in managing our day-to-day lives better,” he said.
The origin of hand-knotted carpets locally known as “Kal baffi” dates back to the 15th century after which it progressively attained a high degree of perfection. It is said that Sultan Zain-ul-Abidin brought carpet weavers from Persia and Central Asia to Kashmir to train local inhabitants.
The loom used in Kashmir carpet weaving is composed of two horizontal wooden beams and between them, the threads are stretched, one beam in front of the weaver and the second behind the first.
Designs and patterns in Kashmir carpets continue to be predominantly inspired by classical Persian and Central-Asian rugs. (AGENCIES)