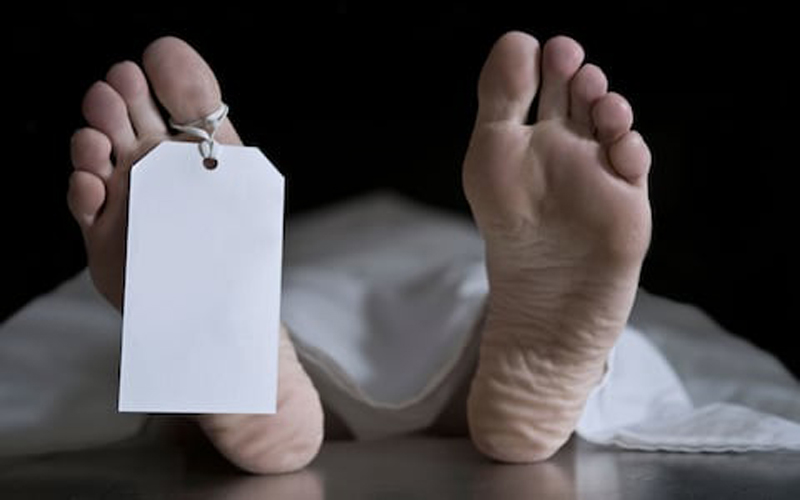 Excelsior Correspondent
Srinagar, Sept 7: Two trekkers including a junior KAS officer were killed after they fell into a crevices on Kolahoi glacier in district Anantnag today and a rescue team has been sent to the area to rescue the other trekkers.
A nine member group of trekkers was trekking on Kolahoi glacier near Dhanwet, 30 kms from Pahalgam today when two of its members fell into a crevices on the glacier and they died on the spot. The dead include a junior KAS officer posted as Excise and Taxation Officer, Naveed Jeelani and Adil Shah of Alpine group. One of the trekker, Hazik was critically injured.
The nine member group of the trekkers had left for trekking

on Sunday from Pahalgam. The other members of the trekking team have left the dead bodies on the glacier and are returning as there is danger of getting trapped due to melting of the snow on the glacier.
Rescue teams of Police, SDRF and local volunteers launched by district administration Anantnag have left for Kolahoi glacier at around 6 pm and are expected to reach the spot in the morning.
The Divisional Commissioner Kashmir has requisitioned Air Force Helicopter through the Civil Aviation Department and sought assistance of Army for helping in the rescue operation. However, Air Force could not take off as it was too late.
In the meantime, Ganderbal police last night rescued a couple of students who were stuck in Thajwas glacier of Sonamarg.
Police said yesterday a group of students of KIE Higher Secondary School, Lasjan Srinagar had gone for excursion at Sonamarg.
They said that a group of students during late hours left for trekking to Thajwas glacier. While returning, few students lost, their way and also got injured due to slippery condition of glacier.
“During late evening, SOS call was received by Sonamarg police, which swung into action and after conducting extensive searches, traced the missing students and brought them to nearby hospital for treatment”, police said.
Sonamarg Police have requested tourists not to leave for glaciers after 1 pm. School authorities should also avoid taking students to glaciers during late hours.