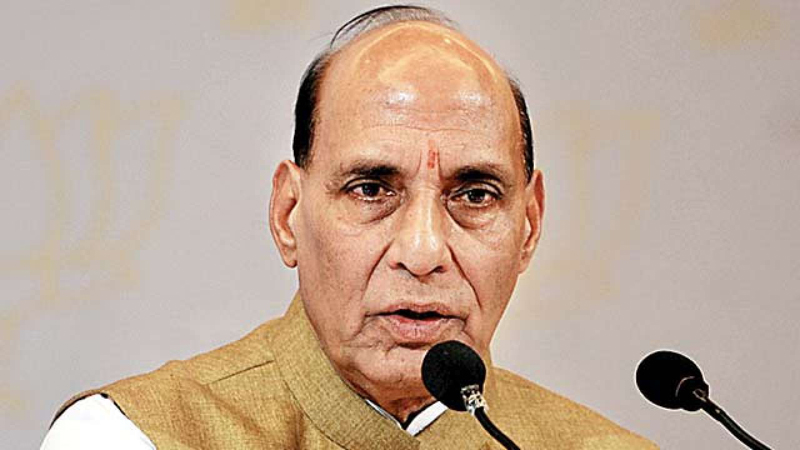 Jammu borders to have smart fence

Excelsior Correspondent
JAMMU, Sept 7: Union Home Minister Rajnath Singh will visit Jammu on September 17 for inauguration of smart fencing pilot project along the International Border (IB) with Pakistan in Jammu sector and was also likely to have review of security situation in the State including both hinterland and borders.
This will be the Home Minister’s first visit to the State after imposition of Governor’s rule in the State on June 20 following withdrawal of support to Mehbooba Mufti-led Government by the BJP.
Official sources told the Excelsior that the BSF has constructed three pilot projects of smart fencing along the IB with Pakistan in Jammu, Samba and Kathua districts and they will be inaugurated by the Union Home Minister on September 17. The trial of pilot projects of smart fence have been successful, they said, adding the Home Minister will travel to the International Border to inaugurate it.
“Detailed schedule of the Union Home Minister’s visit to Jammu and Kashmir is being worked out,” sources pointed out.
However, they said, since the process of elections to Urban Local Bodies is being set in motion in the next few days, the Home Minister could review security for the elections, if his visit to Jammu matured. The Ministry of Home Affairs has already given additional companies of para-military forces to Jammu and Kashmir for smooth conduct of Urban Local Bodies and Panchayat elections in view of boycott call (of the elections) given by some militant outfits and separatists.
Sources said the smart fencing on pilot project basis at three places along the International Border has been constructed using latest techniques and gadgetry and it would be virtually impossible for the militants to breach it. On a number of occasions, the militants had managed to breach normal fencing by cutting it.
However, according to sources, the smart fence is virtually fool-proof and security forces were confident that it would completely block the infiltration attempts by the militants. Once proved completely successful, the Ministry of Home Affairs proposed to extend smart fence to entire International Border of 198 kilometers from Lakhanpur to Akhnoor to give no chance to the militants to enter into this side for carrying out terror activities.
It may be mentioned here that the militants earlier had several times breached the existing fencing and reached Jammu-Pathankot National Highway to carry out attacks on security installations. Sometimes, the militants with the help of Pakistani Rangers have also dug underground tunnels on the International Border to use them for infiltration of the militants. A number of such tunnels were detected by the BSF well in time and the militants’ plot to use them for infiltration into Jammu, thwarted.