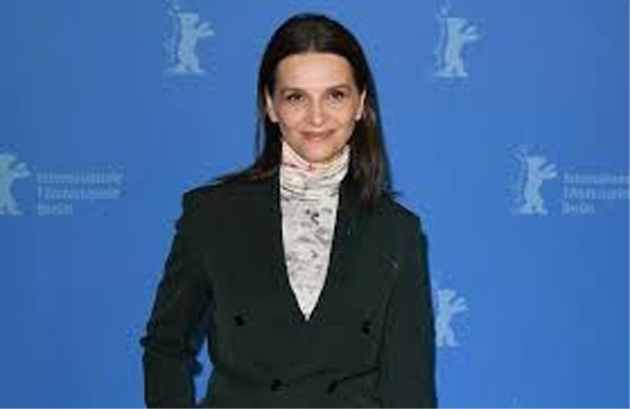 London, Aug 29: French star Juliette Binoche will be honoured with the Golden Icon Award at the 2020 Zurich Film Festival.
The 16th edition of annual film gala will be held from September 24 to October 4 this year.
The 56-year-old Academy Award winner will be the first French artiste to receive the award.
She will be presented the honour on September 30 at a presentation ahead of a screening of her most recent film, the French-language comedy “How to Be a Good Wife”.
“I am very happy to come to the ZFF in this year that is so special for the world and for the cinema. It’s great that the Zurich Film Festival exists and can defend the cinema and the various international cultures represented through the films it presents to its audience.
“I’m very touched to be honoured with the Golden Icon Award, but above all it’s the films and the directors who made them that will be honored through me,” Binoche said in a statement.
The actor further said that she was “impressed” by the festival dynamism when she first attended it in 2014.
“Meeting people who are passionate about other people and cultures has always made me move forward, because with each new film that’s what determines me: meeting new worlds and through the characters I embody allow audiences from all over the world to discover new universes in turn,” Binoche added.
In a career spanning over 35 years, the actor has featured in many critically-acclaimed movies such as “Hail Mary”, “Family Life”, “The Unbearable Lightness of Being”, “Three Colors: Blue”, “The English Patient”, “Chocolat” and “Certified Copy”.
Christian Jungen, Artistic Director of Zurich Film Festival, said, “In the year that France is our guest country, it’s a great pleasure to honour a true icon of French cinema.”
“Binoche is an extremely versatile actress who chooses her roles with great care and embodies her characters with such depth, both in dramas and comedies,” he added.
Previous recipients of the Golden Icon Award were Cate Blanchett, Glenn Close, Arnold Schwarzenegger, Michael Douglas, Richard Gere and Sean Penn. (PTI)