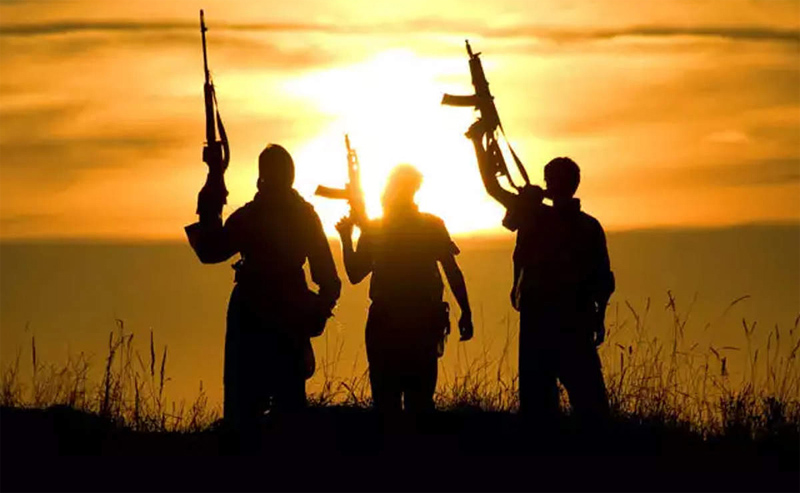 Srinagar, Mar 30: Two militants including a former journalist were killed in an encounter that broke out in Rainawari area of Srinagar early today who as per police had come to Srinagar for carrying out attacks on soft targets.

Click here to watch video
Police said that an encounter broke out in Rainawari area of Srinagar early today in which two militants were killed, while arms and ammunition were also recovered from the site of the encounter.
Police said that Rayees was earlier a journalist and was running online news portal ‘Valley News Service’ in Anantnag.
“He joined militant ranks in August 2021 and was categorised ‘C’ in our list. Two FIRs are already registered against him for terror crimes,” police said.
The second slain militant, as per police, has been identified as Hilal Ahmad Rah of Bijbehara and was a C-categorised militant.
Inspector General of Police Kashmir, Vijay Kumar, said that one of the killed categorised local militants of LeT was carrying Identity Card (ID) of media, which indicates a clear case of misuse of media.
He said that militant numbers continue to come down despite “guess by some people” that their count would rise in Kashmir.
Speaking to media persons here, he said that two militants killed in Rainawari gunfight were involved in several killings and had come to Srinagar for “hitting soft targets.”
“Late night, police got information that two militants are hiding in the Rainawari area of downtown. Subsequently police and CRPF laid a cordon. There was firing from inside and in retaliation both the militants of LeT from Anantnag district were killed,” he said.
“One of them, Rayeez Ahmad Bhat, a former journalist, was involved in many killings in Anantnag and Bijbehara,” he added.
The IGP said that Bhat had come to Srinagar for hitting soft target and “timely action on our part led to the neutralization of both of them.” Besides Rayees Ahmad Bhat of Shahbad Veeri Bijbehara, police identified another militant as Hilal Ahmad Rah alias Shaboo son of Safeer Ahmad Rah of Kuthipora Waghama Bijbehara.
He said two FIRs were registered against Bhat and “digital device recovered from him is being analyzed.”
Asked about petrol bomb hurled by a Burka-clad woman towards CRPF bunker at Sopore, the IGP said that the woman has been identified and “would soon be arrested.”
To a question about the overall situation and graph of militancy, the IGP said that militant numbers have come down “significantly.”
“It is an open thing that militant numbers have come down. For the first time, militant numbers have reduced below 200 and we will bring it further down. Some people had guessed that numbers will rise but there is nothing of this sort,” he said, adding, “People have cooperated and in fact family members on their own inform that their kin has got active or is missing. Some are brought back. We share some details with the media and some we don’t share.”
He also reiterated an appeal to parents to keep watch on their wards and prevent them from joining militant ranks.
Asked about “misuse” of social media, he said, “Pakistan is doing so as well as some local journalists. The number is very less nevertheless they are misusing it and as such I request all media brothers not to be involved in anti-national activity or not spread fake news, do not instigate and do not support militants.”