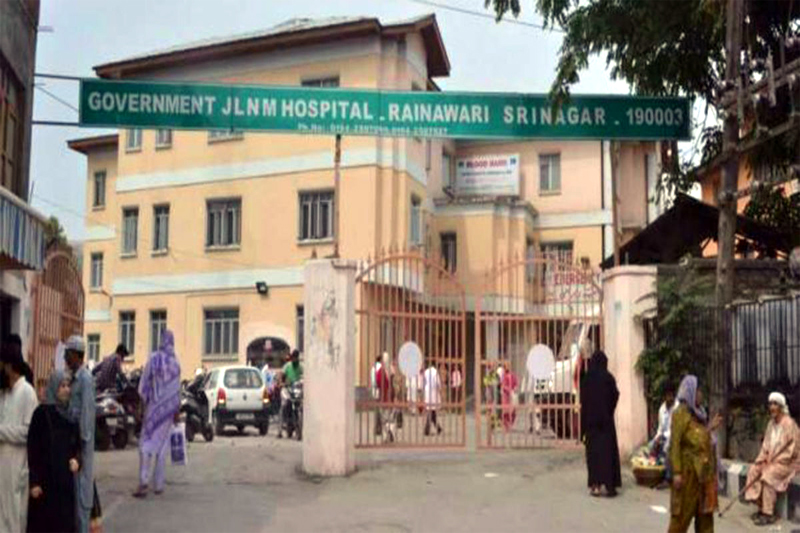 Irfan Tramboo
SRINAGAR, Nov 3: As the Government is claiming to have put in place enough supply of essential drugs at the Valley hospitals, the Jawahar Lal Nehru Memorial (JLNM) hospital Rainawari on the other is struggling with the scarcity of insulin and other related drugs that are critical for the diabetic patients.
The hospital sources told Excelsior that for last more than one month those who were in need of insulin in particular were directed to get the same from the market, making people, especially those in need in a lurch.
Those belonging to the Below Poverty Line (BPL) are usually provided with the insulin free of cost at the hospital, but for some time they are getting the same from the markets as the hospital authorities are categorically denying them the medicines.
“The problem has been persisting for the reasons that are unknown; there have been persistent complaints about the non-availability of the insulin off and on; every time the issue is brought into the notice of the higher-ups, the problem wanes off for a while, but then the issue crops up all over again,” the source said.
The source added that there sure is some ‘mishandling’ happening on the lower level with regard to the supply of drugs particularly insulin at the hospital, where this issue keeps taking a toll on the patient care every now and then. “Every time, we raise the issue of shortage of insulin, the higher-ups tell us that they have been keeping the supply in accordance to the need,” he said.
Few months ago, the issue caught the eye of the authorities soon after the diabetic patients from the Leprosy Colony raised the issue of non-availability of insulin at the hospital.
One such patient told Excelsior that he has been asking for the insulin for last more than two months, but every time he was turned away by saying that insulin was out of stock. “We are poor people who are living in abject poverty; we keep coming to JLNM for check-ups and we are in a way living with the help of insulin which has now become a necessity for us. Few weeks ago, I, along with few other patients went for check, then when we asked them about the insulin they said they don’t have it,” said Muhammad Jabbar, a patient.
There are more than 30 patients, who regularly throng the hospital from Leprosy Colony and have been categorized as the BPL. Amid non-availability of such drugs free of cost at the hospital, it is telling upon their State of health. “We are not in a position to buy it from the market; we are solely dependent on the hospital supply,” said another patient.
Meanwhile, the Chief Medical Officer (CMO), Srinagar Dr Talat Jabeen did not respond to repeated calls from this reporter for her take on the issue.