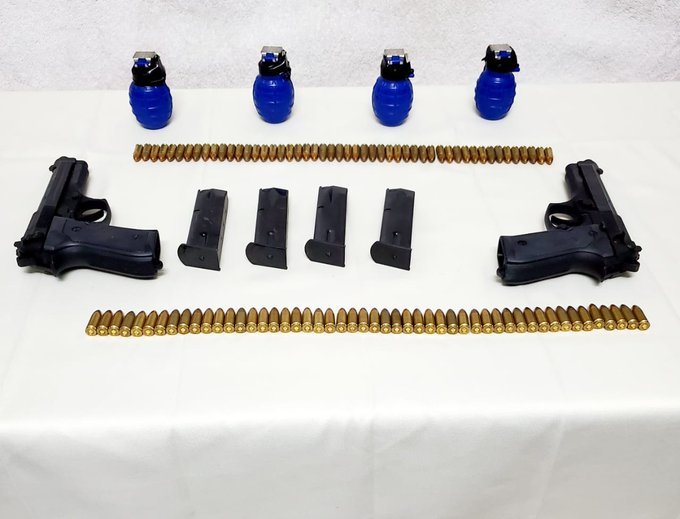 Jammu, Sep 7: In a joint search operation by Police and Indian Army in Kirni area of Poonch, force teams apprehended one person namely Jahangir Ali son of Wali Mohd resident of Kirni Poonch.
During search of his personal bag, 02 Pistols, 04 Chinese Grenades, 100 Pistol rounds and 04 Pistol magazines were recovered from his possession.
During investigation, it came to fore that accused was meant to handover it to Basharat Khan of Surankote and Sheraz of Sangla Surankote.
These duo were also apprehended from different places.
It has come to fore during investigation that trio are associates of proscribed outfit JKGF and were given task to carry out terrorist activities in J&K particularly in District Poonch.
In this connection FIR No.227/2021has been lodged under relevant sections of law and investigation taken up.