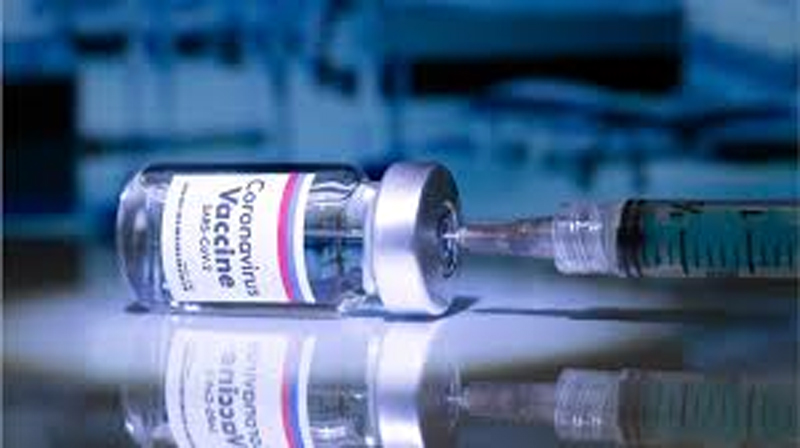 Initially, it will be Covishield, Covaxin later

Sanjeev Pargal
JAMMU, Jan 12: The Union Territory Government has decided to airlift COVID vaccine doses to many far-flung areas of Jammu and Kashmir which are cut off by road because of heavy snowfall during winters while it braced up to receive 1.5 lakh doses of Covishield here directly from Pune by air in regular flights during next two days as the Health and Medical Education Department will initiate biggest ever vaccination drive in the UT from January 16 after its launch by Prime Minister Narendra Modi.
Initially, Jammu and Kashmir will get Oxford-AstraZeneca’s Covishield vaccine only but later it might also get Bharat Biotech’s Covaxin.
Sources added that the Jammu and Kashmir Government has decided to airlift vaccine to far-flung and snow-bound areas of the Union Territory which are cut off by road because of heavy snowfall during winters including parts of Kishtwar district in Jammu division and Bandipora, Kupwara etc in Kashmir.
“All those areas which are cut off by road presently will get vaccine with the help of choppers which will be pressed into services by the Union Territory Government to ensure that health workers in those areas are vaccinated,” sources said.
Jammu and Kashmir will receive 1.5 lakh doses of Covishield during next two days, sources said, adding the vaccine will be delivered directly here from Pune instead of Karnal, Haryana from where all other vaccines reach the Union Territory.
The vaccine will be flown from Pune to New Delhi and from New Delhi to Jammu in regular flights.
During launch of vaccination on January 16, Prime Minister Narendra Modi is expected to inter-act with at least seven COVID warriors across the country and there were reports that one of the warriors from Jammu and Kashmir might get a chance to speak with him.
As already reported by the Excelsior, Lieutenant Governor Manoj Sinha will kick off vaccination drive against Coronavirus in Jammu and Kashmir from the Government Medical College (GMC) Jammu.
The Union Territory administration has received directions from the Central Government’s Health Department to keep 10 percent doses for spillage and reserve 50 percent doses for the health workers as second dose after they are administered first dose. They will be given second vaccine shot after 28 days to complete the cycle of vaccination.
The Community Health Centres at Bishnah, Katra, Bhaderwah and Batote have been identified initially as the centres for keeping the vaccine for further transportation to different vaccination sites in the Jammu region, sources said, adding that both Covishield and Covaxin require normal refrigerator temperature for preservation which will not be a problem.
“Jammu and Kashmir will get more doses after few days,” sources said, adding that 27 vaccination sites which will be activated on Day 1 of vaccination of January 16 including all Government Medical Colleges (GMCs), SKIMS and District Hospitals. Gradually, the Government proposed to administer vaccine at 1100 sites across the Union Territory. At each of the site, 100 persons will be vaccinated each day.
According to sources, some States/Union Territories are being given both Covishield and Covaxin but Jammu and Kashmir, in the initial phase, will get Covishield only. However, the persons, who are administered Covishield as first dose will get similar vaccine in the next dose with a gap of 28 days. Similar will be the case with those getting the shot of Covaxin.
“Hectic exercises are being undertaken by all major authorities of the Health and Medical Education Department to initiate one of the biggest vaccination drive in Jammu and Kashmir like other parts of the country,” sources said, adding that nearly 1.1 lakh healthcare workers have so far been registered in the Union Territory for vaccination and the numbers could go up to around 1.5 lakh.
After healthcare workers, the Government proposed to vaccinate frontline workers including Jammu and Kashmir Police and security personnel while in the third phase, people above 50 years of age and co-morbid will be vaccinated.
Meanwhile, the Union Territory of Ladakh is expected to receive 11,500 doses of Covishield in the initial phase of vaccination during next two days.
In Ladakh also, Lieutenant Governor Radha Krishna Mathur is likely to start the vaccination drive on January 16 after Prime Minister Narendra Modi launches it countrywide.
Sources said the vaccine will be airlifted to Leh in the next two days from where it will be delivered to different health centres to vaccinate the health care workers.