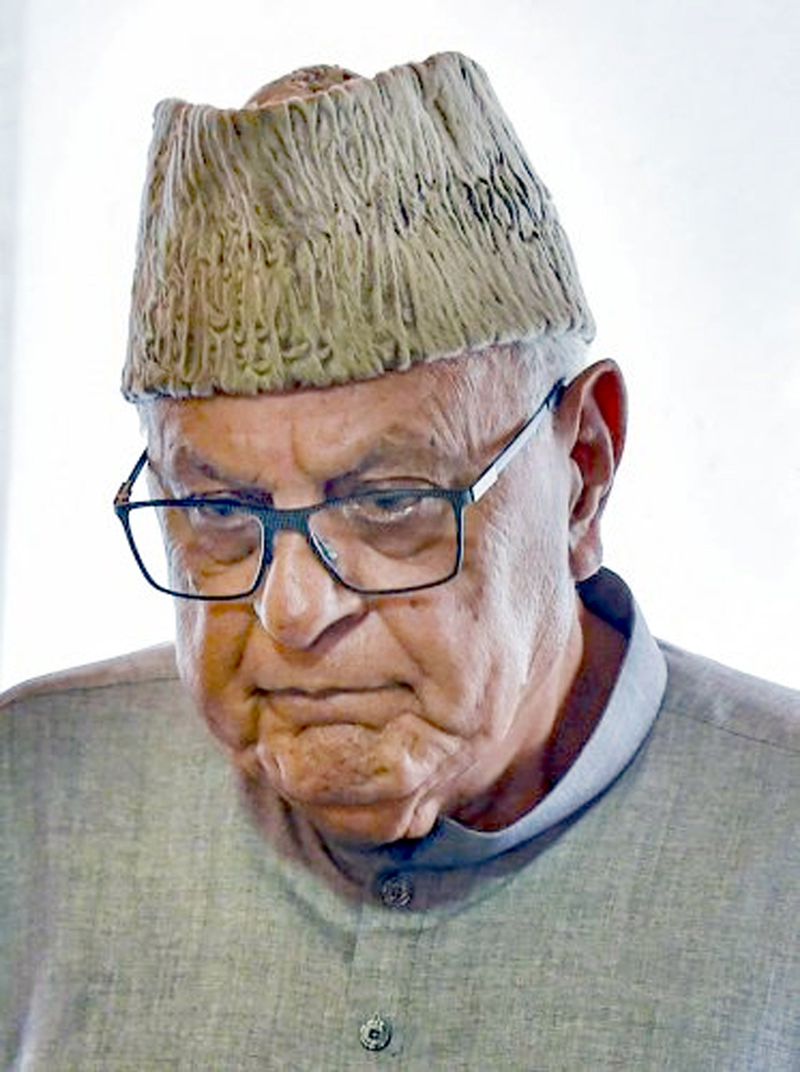 Excelsior Correspondent
SRINAGAR, Jan 12: National Conference president and Member of Parliament from Srinagar Dr Farooq Abdullah today presided over a meeting of party functionaries here at the party Headquarters.
He said the party cadre’s mood was buoyed after trouncing “anti-Kashmir forces” in the recent DDC elections and that now it was the duty of the party members to live up to their expectations towards the public. He conceded that discipline and unity among the party cadre and functionaries were the reasons that people of Jammu and Kashmir have reposed their faith in them.
Asking the party functionaries to remain in touch with the people and ensure mitigation of issues concerning them in their day to day lives, Dr Farooq said, “Highs and lows are part of growth. Sometimes we need to journey into the deepest, darkest, scariest to succeed. Our party has seen many highs and lows, but with people on our side, we have been able to tide over all the difficulties. We share a bond with people, and it is the duty of the party rank and file to strengthen it by serving them. The region is passing through a difficult phase, thus making it imperative for the party cadre to close their ranks for meeting the challenges ahead.”
“A strong National Conference is an answer to all the problems confronted by our people. The party has braved all challenges and will continue to do so with active support of the people,” he said while interacting with the party functionaries
Among others party’s general secretary Ali Mohammad Sagar, provincial president Nasir Aslam Wani, Choudhary Mohammad Ramzan, Mohammad Akbar Lone, Mir Saifullah, Qaisar Jamsheed Lone, Altaf Ahmed Kaloo, Showkat Ahmed Mir, Imran Nabi Dar, Salman Ali Sagar, Reyaz Bedar, Mohammad Yaqoob Wani, Ahsan Pardesi and Jehangir Wani were also present.
The functionaries apprised the party president about the post-DDC election scenario and other matters concerning the public and party in general. While interacting with the functionaries, the party president said serving people should be the prime focus of the party’s district and local units.
He said that the National Conference firmly believes in people to be the fountain head of power. “We have to live up to the ideals bequeathed to us by the life and struggle of Sher-e-Kashmir. There were days when our detractors cried to the world that we don’t exist anymore, but people have deflated their claims by supporting PAGD wholeheartedly. The PAGD remains unharmed, perhaps stronger than ever before on account of poll outcome in its favor. The results of the polls reveal the out and out support of people to PAGD,” he said.