Excelsior Correspondent
JAMMU/SRINAGAR, Sept 27: On the call for `Bharat Bandh’, Jammu and Kashmir Kissan Tehreek held protest demonstrations across the region today demanding repeal of anti-farmer laws passed by the BJP Government undemocratically and unconstitutionally in the Parliament without any consultation, debate and discussion last year.

The call for protest was given by the Samyukt Kissans Morcha (SKM) – the umbrella body of farmer unions protesting against the Centre’s three agricultural laws.
While addressing the protest demonstration at Jammu, CPI(M) leader Mohamad Yousuf Tarigami said these anti-farmer laws are bound to destroy the agriculture sector and threaten India’s food security. Besides, these laws will lay the basis for the abolishment of the Minimum Support Price (MSP) and mortgage country’s agriculture and markets to the Corporate sector.
The issue of fair price for their produce by ensuring a minimum support price for all crops has been a long pending demand of `Kissans’. On the one hand, the farmers are facing the brunt of massively increased prices of diesel, petrol, fertilizers, other agricultural inputs and their daily necessities, and on the other hand, they are becoming poorer as their income is getting reduced. It is clear that farmers of this country are being made into agricultural labourers when it comes to their main source of income. By amending the Essential Commodities Act step price hike was seen in the essential communities like mustard oil prices have reached over Rs 200 per litre.
Others who were leading and addressed the gathering include Kishore Kumar, president Kissan Tehreek, Sewa Ram, Banarasi Das, Mandav Sigh, Muzafar Wani, Jia Lal Kissan leaders.
Om Prakash, general secretary CITU expressed solidarity with struggling farmers. He called upon to strengthen worker peasant unity to fight the neoliberal policies and attack on the livelihood of Kissans and working class.
Similar protest demonstration was held at Srinagar where Kissan leaders Abdul Rashid Pandit, Ghulam Qadir Hafroo and Abdul Rashid Itoo addressed the demonstration and demanded minimum support price (MSP) to orchardists and farmers of the region and expressed concern over various problems being faced by the Kissans across J&K. 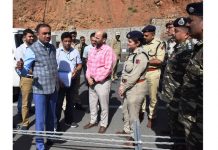 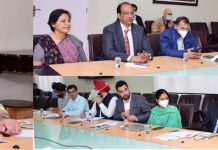 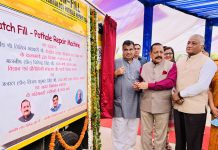 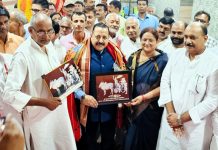 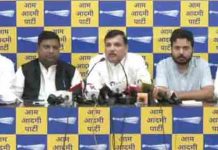 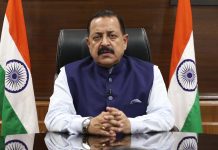