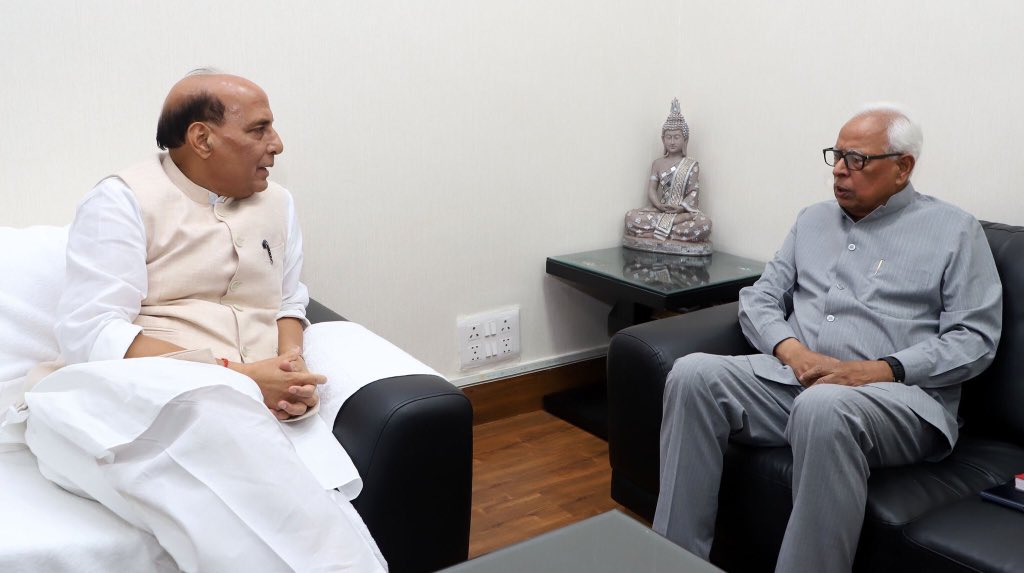 NEW DELHI: Jammu and Kashmir Governor N N Vohra today met Home Minister Rajnath Singh and discussed with him the prevailing situation in the State where the Centre has suspended operations against militants during Ramzan, which started from May 17, officials said.

During the half-an-hour meeting, the Governor briefed the Home Minister on the security situation in the State, particularly in Kashmir valley, which had seen a spurt in violence in recent months.

Vohra and Singh discussed the ongoing suspension of operations by security forces and its impact in the Kashmir valley and the initiatives taken by the Centre’s representative Dineshwar Sharma in holding talks with a wide cross section of society, an official said. (AGENCIES)