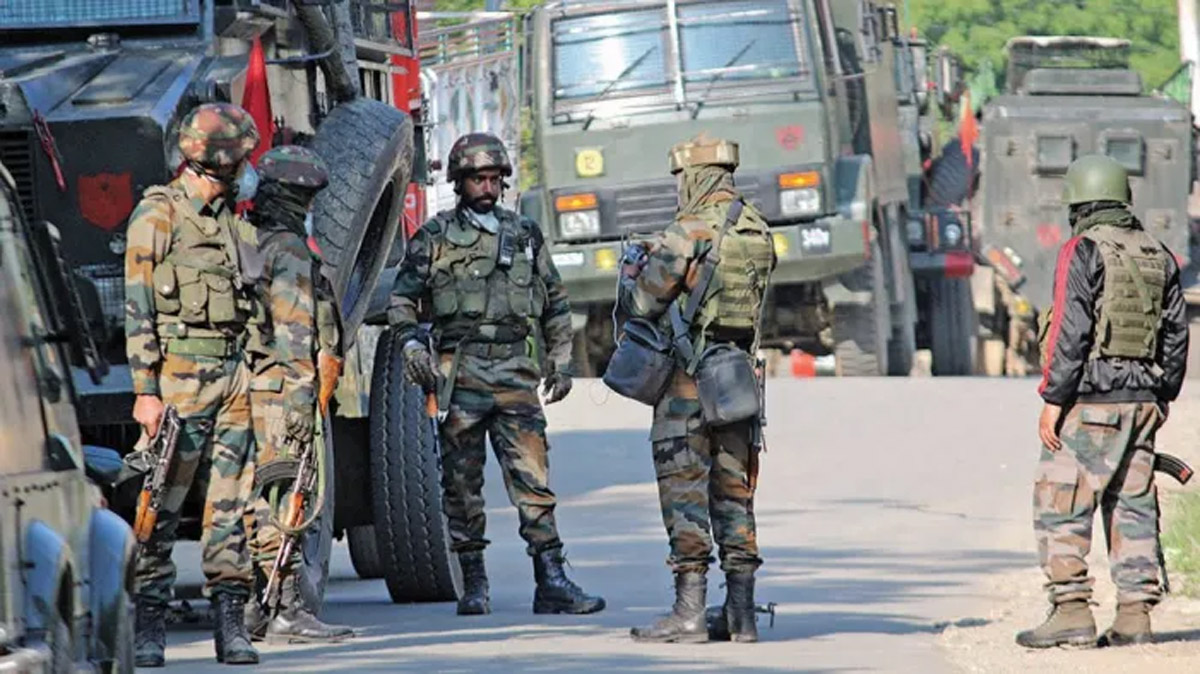 Excelsior Correspondent
Srinagar, Dec 12: A militant of Jaish-e-Mohammad (JeM) was killed in an encounter in Bargam area of Awantipora in South Kashmir’s Pulwama district today.
Police said that based on a specific input generated by Police regarding the presence of a militant in Bargam, a joint cordon and search operation was launched by Police, 42RR and 130Bn CRPF in the area.
Click here to watch video
“During the search operation, as the presence of the trapped militant was ascertained, he was given ample opportunities to surrender. However, he denied the surrender opportunities and fired indiscriminately upon the joint search party which was retaliated leading to an encounter”, police said.
The militant identified as Sameer Ahmad Tantray son of Ghulam Mohammad Tantray, resident of Bargam Awantipora was killed in the gun fight. As per police records, he was a categorized militant linked with JeM outfit and was part of groups involved in several militancy related cases.
The police records suggested that before joining militancy he was working as a militant associate and involved in providing logistic support to the militants in the area. “He was also involved in pasting threatening posters in Awantipora and adjoining areas to threaten the law abiding citizens and keep them away from democratic activities.”