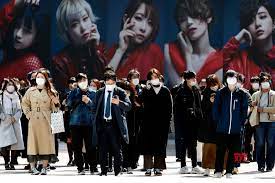 Tokyo, Nov 26:The Japanese government has issued an administrative order on Friday to NTT Docomo Inc. (NTT Docomo), the largest mobile carrier of Japan, after a system failure last month, which affected at least 12.9 million users and was called a “serious incident” by the communications ministry, local media reported Friday.
The ministry ordered NTT Docomo to prevent a recurrence of this incident, which had led to many users nationwide being unable to use voice and data services at one point on October 14, due to the failure caused by work on NTT Docomo’s network, taking around 29 hours for services to be fully restored.
Moreover, the ministry also called on the firm to improve methods to notify information to users since when the carrier announced the resumption of services, some users still could not access the network and got confused.
According to the law on the telecommunications business, for carriers that handle emergency calls, a failure that affects more than 30,000 people for more than an hour is considered a serious incident.
NTT Docomo had said that the outage was triggered by a malfunction during work on its network of electronic payment equipment installed in such services as taxis and vending machines.
The telecommunication giant submitted an incident report to the Ministry of Internal Affairs and Communications earlier this month, which included the causes and preventive measures.
In addition, eight executives of the company, including President and CEO Motoyuki Ii, will voluntarily return a portion of their salary to take responsibility for the incident. (UNI)