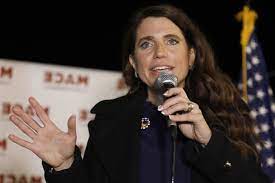 Taipei, Nov 26: Five US lawmakers are in Taiwan on Friday in a surprise one-day visit, said the American Institute in Taiwan, the de facto embassy.
The lawmakers from the US House of Representatives arrived in Taiwan on Thursday night and will meet with senior leaders on the island. No further details were provided about their itinerary.
The visit comes as tensions between Taiwan and China have risen to their highest level in decades.
Taiwan has been self-ruled since the two sides split during a civil war in 1949, but China considers the island part of its own territory.
“Just touched down in the Republic of Taiwan,” tweeted Republican Representative Nancy Mace of South Carolina on Thursday night, using the island’s unofficial name.
Representatives Mark Takano, D-Calif., Elissa Slotkin, D-Mich., Colin Allred, D-Texas., Sara Jacobs, D-Calif. And Mace are all part of the visiting delegation.
The trip comes just a few weeks after a group of six Republican lawmakers visited the island.
That congressional delegation met with President Tsai Ing-wen, National Security Secretary General Wellington Koo and Foreign Minister Joseph Wu, among others.
It’s the third visit by US lawmakers this year. In June, three members of Congress flew to Taiwan to donate badly needed vaccines at a time when the island was struggling to get enough.
The Biden administration has also invited Taiwan to a Summit for Democracy next month, a move that drew a sharp rebuke from China.
China’s Foreign Ministry spokesman Zhao Lijian said on Wednesday, “What the US did proves that the so-called democracy is just a pretext and tool for it to pursue geopolitical goals, suppress other countries, divide the world, serve its own interest and maintain its hegemony in the world.” (AGENCIES)