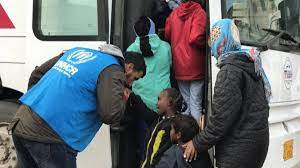 Tripoli, Nov 26:The United Nations High Commissioner for Refugees (UNHCR) on Thursday said it evacuated 93 refugees from Libya to Italy on a chartered flight.
The group, the first of 500 to be evacuated under a new mechanism for humanitarian admissions, included children, women at risk, survivors of violence and torture, and people with serious medical conditions, the UNHCR said in a statement.

“We are pleased to see these evacuation flights become a reality and that the Libyan authorities have supported them. They are a lifeline for some of the most vulnerable asylum seekers. Conditions in Libya remain dire for many refugees, and we need the international community’s help to expand similar routes to safety,” said UNHCR’s Chief of Mission in Libya Jean-Paul Cavalieri.

The flights are organized under a new mechanism, combining emergency evacuations with the humanitarian corridors that have been established in Italy since 2016, the statement said.

This month, the UNHCR was able to resume evacuations from Libya after more than a year, after the Libyan authorities lifted a ban on humanitarian flights.
Since 2017, the UNHCR has evacuated or resettled 6,919 refugees and asylum-seekers out of Libya.
Libya has been suffering insecurity and chaos since the fall of its leader Muammar Gaddafi in 2011, making the North African country a preferred point of departure for illegal migrants who want to cross the Mediterranean Sea to European shores. So far this year, more than 30,000 illegal migrants, including women and children, have been rescued and returned to Libya, according to the International Organization for Migration (IOM).
(UNI) 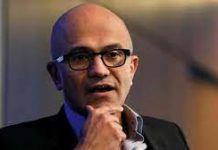