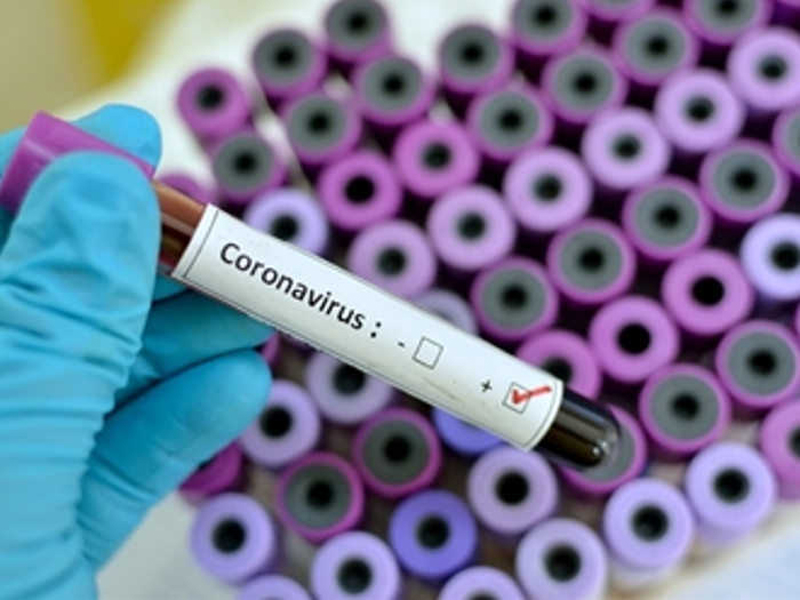 First case in Ladakh after fortnight

JAMMU, Apr 2: The Union Territory of Ladakh reported its first Coronavirus positive case in past fortnight today taking total numbers to 14, while another man tested positive in Jammu taking total cases in the region to 18.
Inspector General of Police (IGP), Jammu Zone, Mukesh Singh told the Excelsior that majority of those with travel history in Jammu region have been traced and sent for quarantine. Only few were left out and our teams are trying to locate them, he said, adding situation all across the Jammu region is completely peaceful with no major violations of lockdown reported from any area. Click here to watch video
A tea stall owner from Lower Gorkha Nagar in Bagh-e-Bahu area test positive for COVID-19 today. He has no travel history. His contacts are being ascertained.
Police parties from Bagh-e-Bahu police station led by SHO Sunil Kumar reached Lower Gorkha Nagar and were in the process of sealing the area and sending his family and contacts for testing and isolation. With this, number of positive cases in Jammu has risen to 18.
Ladakh Autonomous Hill Development Council (LAHDC) Kargil Chairman Feroz Khan said that a woman from village Sanjak in Chikatan block of Kargil district was today tested positive for Coronavirus. She has no travel history but had come in contact with a traveler and was already under quarantine since March 25.
However, soon after the woman tested positive for Coronavirus, she was shifted to Isolation Ward of the hospital.
The woman had also visited village Achinathang in Leh district before reaching Kargil, Commissioner/ Secretary Health Rigzin Samphel said, adding that the health authorities have reached village Sanjak in Kargil and Achinathang in Leh to take measures under Containment Policy for such areas.
This was the first Coronavirus positive case reported from the Union Territory of Ladakh in the last fortnight. Earlier, Ladakh had reported 13 COVID-19 positive cases but three of them have fully recovered and since been discharged from the hospital.
“Ladakh now has 11 active Coronavirus cases,” sources said.
Meanwhile, Deputy Commissioner Udhampur Piyush Singla today ordered containment of Ramnagar town and some villages of Ramnagar tehsil in Udhampur district after two fresh cases of COVID-19 positive were reported yesterday.
The areas declared as Red Zone included Thapalal, Kannals, Marta (Mora Bassi), Dalsar, Kheen, Kirmoo and Ramnagar town including Suka Talab area. Surrounding villages of Red Zone have been declared as Buffer Zones with ban on inward and outward movement of any persons in these villages.
The District Magistrate has asked local civil and police officers to ensure supply of essential commodities in Red and Buffer Zones.
Authorities in district Kathua today stopped further release of quarantine persons after 292 Kashmiri people were allowed to go homes yesterday.
Deputy Commissioner Kathua OP Bhagat said rest of the persons will be released from quarantine after completion of 14-day mandatory period.
There are around 5000 people under quarantine at different places in Kathua and Samba districts after they had entered into the Union Territory from Lakhanpur, the gateway to Jammu and Kashmir, from different States following nationwide lockdown. Further entry of the people into J&K has already been restricted at Lakhanpur.
Meanwhile, police across Jammu region has traced around 125 persons who had hidden travel history and number of them belonged to Tablighi Jamaat including those who had attended organization’s international congregation at Nizamuddin in New Delhi.
All of them, according to sources, have been kept under quarantine at different centres. Police had yesterday registered an FIR in Ramgarh police station of Samba district against two persons for hiding travel history
Police was making efforts to trace all persons with travel history.
Meanwhile, two labourers from Mandi area of Poonch district travelled for seven days on bicycles from Jawalamukhi district of Himachal Pradesh to reach Poonch as they had nothing to survive where they were working.
They have been identified as Shabir Ahmed and Mohammad Farooq, residents of Chikhri Mandi.
They told reporters that more labourers from Jammu region were stranded in Himachal Pradesh and have nothing to eat.
The administration has kept them under home quarantine.