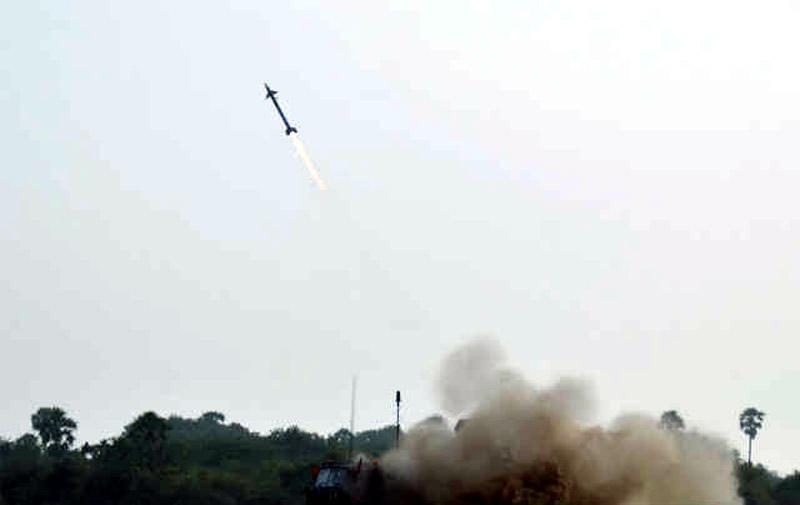 JAMMU, Apr 2: Three Pakistan army personnel and four infiltrating militants were killed and two others injured in retaliatory action by the Indian troops as Pakistan continued heavy mortar shelling and firing on the Line of Control (LoC) in Balakote sector in Mendhar tehsil of Poonch district since last evening. Two Indian Army jawans were injured in Pakistan shelling.
Official sources told the Excelsior that Pakistan army initiated shelling and firing on the LoC in Balakote sector of Poonch district last evening targeting forward posts of army and some civilian locations, prompting heavy retaliation by the Indian troops which continued intermittently throughout the night.
Troops from all forward posts targeted all infiltration routes on the LoC between Balakote and Mendhar sectors as there were reports that two groups of militants were trying to infiltrate into the Indian side from forward launching pads of the Pakistan army.
Heavy exchange of shelling and firing continued throughout the last night and lasted till this morning.
Two Indian Army jawans were injured in Pakistan shelling. They have been identified as Naib Subedar Satpal and Havaldar Dharampal. They were evacuated from the site of firing and admitted to the hospital.
The Indian troops retaliated effectively, sources said, adding that two Pakistan army personnel were killed and another injured in the retaliatory firing last night while another Pakistani jawan was killed and one more injured this morning.
Under the covering fire by Pakistani troops, a group of four militants tried to infiltrate into the Indian territory from the LoC. The Indian troops engaged them in the gunbattle. Amidst heavy exchange of firing, the militants tried to retreat but were killed in heavy firing by the Army.
“Bodies of all four infiltrators were lying on the LoC till tonight and there was no attempt by the Pakistan army to lift the bodies,’’ sources said, adding the militants were equipped with large quantity of arms, ammunition and explosives.
Sources said the Pakistan army wanted to take advantage of the situation arising out of Coronavirus crisis in Jammu and Kashmir to push the militants into the Union Territory and cause casualties anticipating that police and paramilitary personnel in the towns as well as rural areas are busy in enforcing lockdown.
However, Army thwarted the Pakistani plot by killing all four militants on the LoC itself and didn’t allow them to infiltrate into Jammu and Kashmir.
There have been repeated infiltration attempts by the Pakistani troops on the LoC in twin border districts of Poonch and Rajouri even when both the countries are facing difficult situation due to Coronavirus crisis. The Indian Army has retaliated to all ceasefire violations very aggressively and didn’t allow the Pakistani designs to succeed to push infiltrators into Jammu and Kashmir.
“There has been no let up in Army operations on the LoC to deal with infiltration attempts by the trained militants of Lashkar-e-Toiba (LeT) and Jaish-e-Mohammed (JeM) aided and abetted by the troops from across the LoC due to Coronavirus situation,’’ sources said, adding that troops on the LoC continued to maintain very high degree of alert to ensure that Pakistan army doesn’t succeed in its designs.
Few days back, the troops had killed four militants including two members of Pakistan’s Border Action Team (BAT) and three Pakistani troopers while thwarting BAT action in Poonch sector. Prior to that, Pakistan army had fired long range heavy mortar shell targeting Poonch town. The shell had fallen near the Bharatiya Janata Party (BJP) district office in Poonch but didn’t explode and was defused by the Bomb Disposal Squad, averting what could have been major catastrophe.