Srinagar, Feb 17: At least six leaders of the proscribed Jamaat-e-Islami (JeI), including its chief, were quizzed for more than eight hours on Thursday by the State Investigation Agency (SIA) of Jammu and Kashmir over alleged “unlawful activities”, an official said.
JeI chief Abdul Hamid Ganaie, a resident of Nadigam village of south Kashmir’s Shopian, and his party colleagues were summoned for questioning in a case originally lodged at Batmaloo police station here in 2019 under various sections of the Unlawful Activities (Prevention) Act, the official said.
The SIA, constituted recently to investigate terrorism-related cases in Jammu and Kashmir, has taken over the case for a thorough probe, the official said.
Besides Ganaie, who is currently living in the posh Hyderpora locality of the city, the others questioned were office-bearers Tariq Ahmad Haroon, Abdul Salam Dagga, Muzaffer Jan, Mohammad Yousuf Sheikh (all residents of Srinagar) and Peer Abdul Rashid of Kulgam district.
“They were questioned for more than eight hours regarding various unlawful activities related to foreign funding and foreign operations,” the official said.
The SIA said they were also questioned about activities of the proscribed outfit in and outside the Union Territory of Jammu and Kashmir.
They were also questioned on properties of JeI having direct or indirect links with terror/terror funding believed to be originating in foreign countries, including the UK, Canada and Bahrain, the official said.
The official said a recent press release and a video were also inquired about in the light of foreign operations of the proscribed organisation.
The official said some other associates were also summoned by the SIA as part of the ongoing investigation in the case. (Agencies) 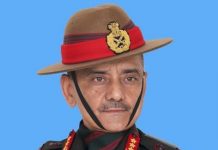