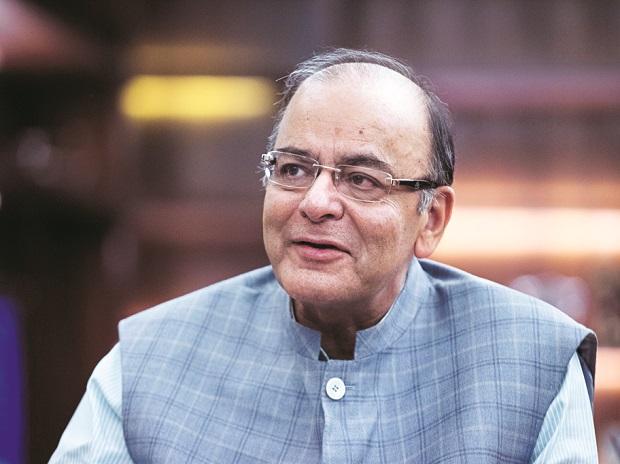 NEW DELHI, Sept 20:
Finance Minister Arun Jaitley Thursday launched a scathing attack on Congress president Rahul Gandhi calling him “Clown Prince” and that he was “lying” about Modi Government waiving Rs 2.5 lakh crore of loans of 15 industrialists.
Taking to a Facebook blog to reply to Gandhi’s charges made during his political rallies, Jaitley said not a single rupee of any debtor has been waived by the BJP Government.
Loans to the country’s 12 defaulters were given out prior to 2014 and it was only the present government which was making recoveries, he said, adding that defaulters are losing their companies and assets as they are being auctioned to recover dues.
“You lied on the Rafale deal, you lied on the NPAs. Your temperament to concoct facts raises a legitimate question – do people whose natural preference is falsehood deserve to be a part of the public discourse,” he said. “The world’s largest democracy must seriously introspect whether public discourse should be allowed to be polluted by the falsehood of a ‘Clown Prince’.”
Gandhi has repeatedly attacked the Narendra Modi government on the deal to purchase Rafale fighter jets from France, which he claims is being done at more than three times the price the previous UPA Government had agreed upon. Also, he has accused the government of waiving Rs 2.5 lakh crore of loans defaulted by top industrialists.
Countering his charges, Jaitley in the blog titled – Falsehood of a ‘Clown Prince’ – said the previous Congress-led UPA government “concealed” the loans despite default by rolling them over and NPAs or bad loans were hidden under the carpet.
“The truth, Mr Rahul Gandhi, is that your Government allowed the banks to be looted. The loans were inadequately securitized. Your Government was in complicity,” he wrote.
Jaitley charged Gandhi of “concocting a lie” and repeating it as many times and went on to cite previous arguments he had made to counter the charges on Rafale deal.
“In mature democracies, those who rely on falsehood are considered unfit for public life. Many have been banished from political activity because they were caught lying. But this rule obviously can’t apply to a dynastic organisation like Congress party,” he said.
“If the ‘Rafale concoctions’ were the first big lie, the second one stated repeatedly is that Mr Modi waived off Rs 2.50 lakh crores of 15 industrialists. Every word of that sentence repeatedly uttered by Rahul Gandhi is false.”
Listing out the top 12 defaulters that included likes of Bhushan Steel and Essar Steel, Jaitley said while UPA leaders are claiming that the non-performing assets (NPAs) when they exited the Government in 2014 was only Rs 2.5 lakh crore, “the truth is that actually NPAs were hidden under the carpet”.
“In 2015, an asset quality review (AQR) was conducted by the Reserve Bank of India and as a result of AQR and subsequent transparent recognition by banks it was found that the NPAs were actually Rs 8.96 lakh crores and the real amount was being hidden,” he said, adding that the UPA never took effective steps that could result in recovery or reduction of the NPAs.
Post-2014-15, NPAs increased not because more monies were lent but because interest was mounting up on the overdue amounts, he said. “Some of the defaulters were given a second restructuring so that the defaults could continue to be hidden”.
An account is a ‘performing account’ as long as the debt is being serviced by the principal/interest being paid. The moment a debtor is unable to service the debt, a default occurs and on expiry of 90 days an account is declared a non-performing asset.
“During the UPA, most of these accounts were not declared as NPAs,” Jaitley said, listing Insolvency and Bankruptcy Code (IBC) brought by his government as the “only effective move”.
Under IBC, loan defaulting firms are being auctioned to recover the debt.
“The RBI, in the first installment, identified 12 major defaulters. These 12 defaulters, towards principal interest and penal interest, jointly owed about Rs 3 lakh crores to various banks. The banks under UPA took no steps to recover these loans. They did not prosecute a single major debtor who had siphoned off money,” he said.
The BJP-led NDA Government, he said, enabled the banks to effectively pursue the recovery.
“The recoveries are being done by the banks only now. By repeating a lie on several occasions, you can’t change that reality,” he said.
While the recovery action under IBC has been initiated, some defaulters are being prosecuted, he said.
“All these defaulters got their debt in the pre-2014 era. Many got their limits substantially expanded during that period. Though these defaults occurred in the pre-2014 period, the same remained hidden on the pretext of rollover, restructuring, and ever-greening,” he said. (PTI)