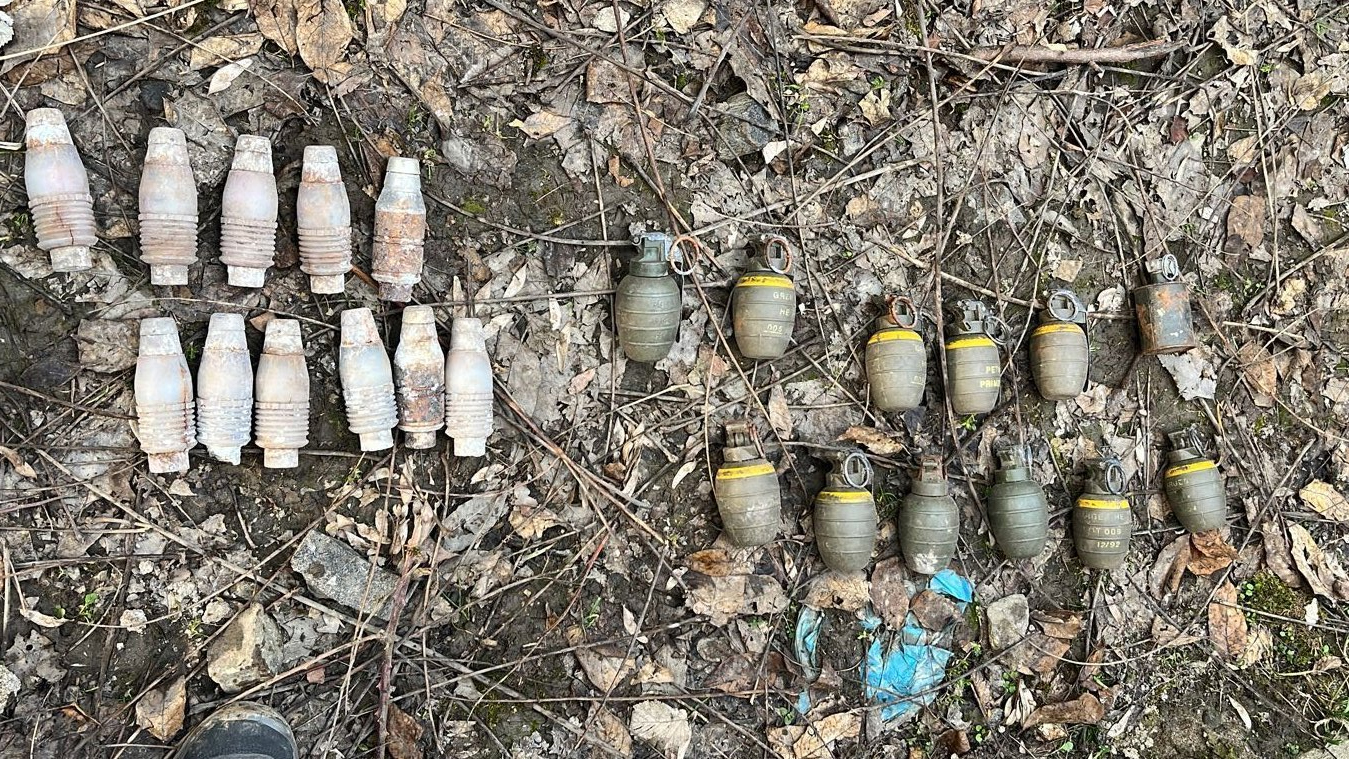 Srinagar, Feb 17: In a major development, joint parties of police and armed forces have recovered a pile of unauthorised armed weapons in Jammu and Kashmir’s Baramulla district on Thursday evening. A major threat has been averted as the security forces have recovered around 11 grenades and 11 UBGL grenades from the Zandafaran area of Sheeri. The grenades were packed in a bag which was found near the bushes.