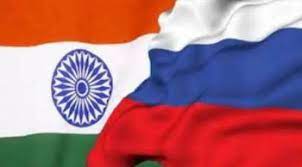 WASHINGTON, Aug 18: It is going to be a long-term proposition for India — which has a decades-old relationship with Moscow — to reorient its foreign policy away from Russia, the US has said, insisting that re-aligning one’s approach is not like flipping a light switch.
When asked about India increasing its imports of Russian oil and fertilisers and potentially buying the Russian air defence systems, US State Department spokesperson Ned Price said, “It is not for me to speak about another country’s foreign policy.”
“But what I can do is point out what we have heard from India. We have seen countries around the world speak clearly, including with their votes in the UN General Assembly against Russia’s aggression in Ukraine,” Price told reporters here.
“But we also recognise, as I was saying just a moment ago, that this is not flipping a light switch,” he said on Wednesday.
“This is something that, especially for countries that have historical relationships with Russia. Relationships that, as is the case with India, extend back decades, it is going to be a long-term proposition to re-orient foreign policy away from Russia,” he said in response to a question.
The US and European nations have imposed heavy sanctions on Russia since Moscow sent troops into Ukraine on February 24. India has raised oil imports from Russia after the Ukraine war despite criticism from the West and continues to engage with Moscow for business.
In May, Russia overtook Saudi Arabia to become India’s second-biggest supplier of oil behind Iraq as refiners snapped up Russian crude available at a deep discount following the war in Ukraine.
Indian refiners bought about 25 million barrels of Russian oil in May.
External Affairs Minister S Jaishankar on Tuesday said New Delhi had not been defensive about its stand on buying Russian oil but made the US and others realise that the government had the “moral duty” to ensure that the people got the “best deal”.
In October 2018, India signed a USD 5 billion deal with Russia to buy five units of the S-400 air defence missile systems, despite a warning from the then-Trump administration that going ahead with the contract may invite US sanctions.
The S-400 is known as Russia’s most advanced long-range surface-to-air missile defence system. The US has already imposed sanctions on Turkey under the Countering America’s Adversaries Through Sanctions Act (CAATSA) for the purchase of a batch of S-400 missile defence systems from Russia.
The US, Price said, has worked very closely with India bilaterally and through the Quad grouping “to signal, and the Indians have done so very clearly what should be the inviolable principle of state sovereignty”.
Price also responded to a series of questions on a multilateral joint military exercise that involves Russia and China and several other countries, including India, saying countries routinely make their own sovereign decisions.
“It is absolutely their right to do so regarding what, if any, military exercises to take part in. I’ll also note that most of the participating countries also routinely participate in a wide array of military exercises and exchanges with the United States as well,” he said.
The US does not read anything into their engagements in this activity, Price said.
“Now, the broader point is that we have seen a burgeoning relationship, including in the security realm between the PRC (People’s Republic of China) and Russia. We’ve seen a burgeoning relationship between Russia and Iran for example, and we have made public elements of that,” he said.
“That is of concern because of the vision that countries like China and Russia have for the international order,” Price said.
It is a vision that is starkly at odds with the liberal vision that the US and its allies and partners have for the international system, he said.
“It is starkly at odds with the underpinnings of the international system that has been in place for some eight decades following the end of the second World War, a system that has undergirded unprecedented levels of stability, security, prosperity across the world that includes including Europe, Indo-Pacific and everywhere in between,” he noted.
“It is the difference between a profoundly liberal order and a profoundly illiberal order in which all of the principles that the United States, that our allies, that our partners, that the United Nations, and that, by the way, countries like Russia and China have previously stood for and in some cases still profess to stand for,” Price said.
It is a vision that is profoundly opposed to many of those principles, he added.
“…We’ve been very clear in our engagements with the PRC regarding the consequences of doing so. We have yet to see any change in the PRC’s behaviour indicating that they are moving in that direction,” Price said. (PTI)