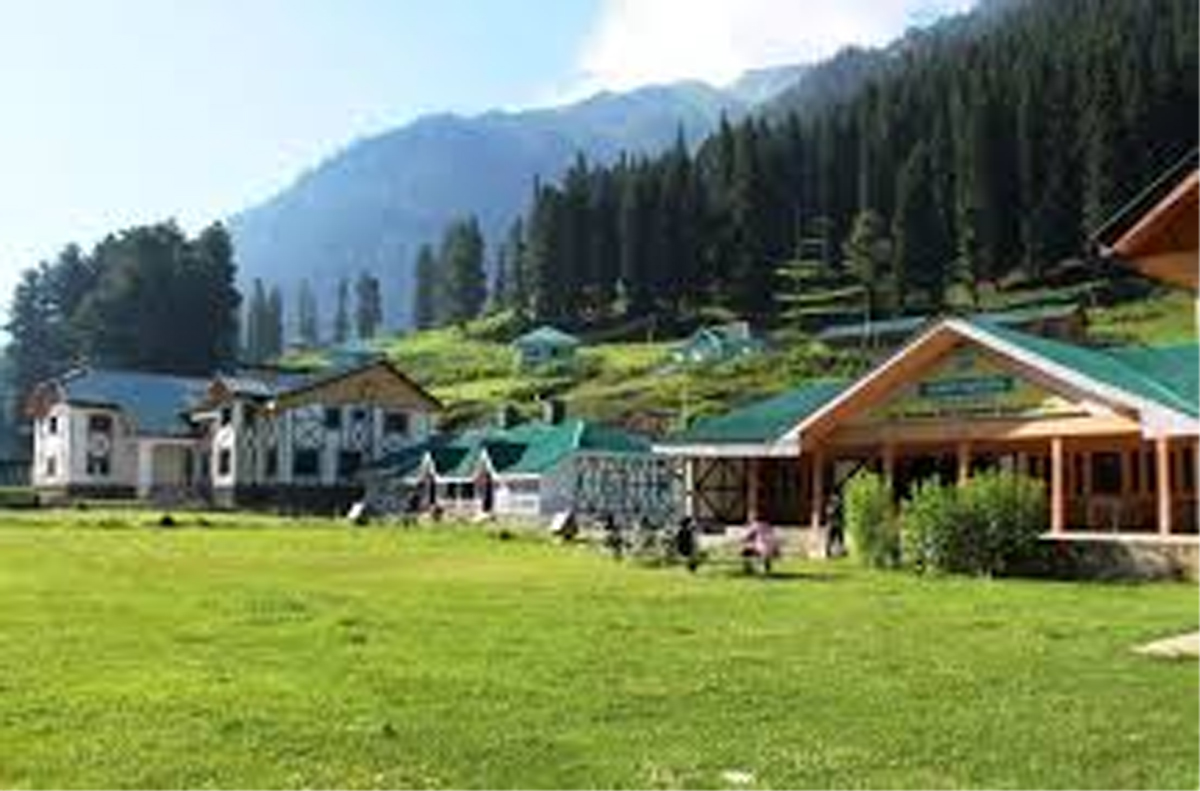 Many deserving officers of civil admn, judiciary get raw deal
Several get dual accommodation, undue benefit
Mohinder Verma
JAMMU, July 1: Irrational allotments of Jammu and Kashmir Tourism Development Corporation’s huts and hotels in Srinagar to the Government officials for Summer Season-2020 have come to the fore with several influential and well-connected ones getting dual accommodation and undue benefit despite being posted in Jammu.
This has raised eyebrows from different quarters as several deserving officers of the judiciary and civil administration have been given raw deal by the Estates Department and they want Lieutenant Governor Girish Chandra Murmu and the Chief Secretary BVR Subrahmanyam to personally intervene to undo the wrong committed in the whole exercise.
Vide Government Order No.53-Est dated June 26, 2020, the Estates Department accorded sanction to the hiring of Jammu and Kashmir Tourism Development Corporation (JKTDC) huts at Cheshmashahi and Parimahal Srinagar and their allotment in favour of 47 officers/departments on payment of rent/licence fee as prescribed under Rules with effect from July 1, 2020 up to ending October 2020.
Similarly, vide Government Order No.54-Est dated June 26, 2020, the Estates Department accorded sanction to the hiring of rooms in JKTDC hotels (TRC, Kongposh, Heemal and Lala-Rukh) at Srinagar and their allotment in favour of various officers for Summer Season-2020 with effect from July 4, 2020 up to ending October 2020.
However, the perusal of annexure of these orders reveals that several allotments were made in most irrational manner and just to confer undue benefit upon some influential and well-connected officials at the cost of most deserving officials of the civil and police administration and judiciary.
A Judicial Officer presently posted in Jammu has been allotted Chashmashahi/Pari-Mahal hut. Similarly, two other Judicial Officers presented attached in Jammu Wing of the High Court have been allotted accommodation in Tourist Reception Centre Srinagar while several other deserving members of the judiciary have been ignored by the Estates Department for the reasons known to the concerned authorities.
“What was the justification in making allotments at Srinagar in their favour when their posts fall in non-move category remains a million dollar question”, sources said, adding “it seems that neither proper ground work was conducted nor High Court was approached to seek the details of the members of the judiciary who actually require accommodation at Srinagar”.
Quoting instances of allotment of dual accommodation, sources informed that an officer of the Central Agency has been allotted room in Tourist Reception Centre and Kongposh hotel while as a Judge who is exclusively dealing with the cases of such agency has not been allotted accommodation at all.
Similarly, a senior officer of the civil administration has been allotted two rooms in the JKTDC accommodation although one officer is entitled for only one accommodation as per the Rules of the Estates Department, sources further said.
“While many officers of the civil administration have been denied proper accommodation those deployed in the personal sections of the Advisors have easily managed good accommodation, which clearly indicates that favouritism was done in the entire exercise by the concerned officers of the Estates Department”, sources said.
Moreover, several senior KAS officers have been given raw deal. “The Estates Department was supposed to treat all the employees requiring accommodation at Srinagar equally as after all rent and catering charges are to be paid by everybody”, sources further said, adding “even those officials who have already been transferred from Srinagar to other districts and in some cases to other province (Jammu) have been allotted the accommodation at summer capital”.
The irrational allotments have raised eye-brows with several ‘discriminated’ officers of the civil and police administration and judiciary want Lieutenant Governor and the Chief Secretary to intervene in order to undo the wrong committed by the Estates Department.
“The allotment of accommodation is not a privilege to be conferred upon only well-connected and influential persons. It is the right of deserving employees and the same should not be denied to them”, sources further said, adding “if there is shortage of accommodation in the JKTDC huts and hotels the Estates Department should make other arrangements but at the same time non-entitled officials should be deleted from the lists”.