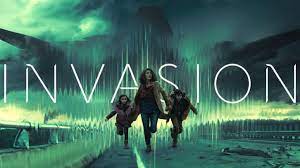 Los Angeles, Dec 9: Streaming service Apple TV Plus has given a second season order for sci-fi series “Invasion”.
The renewal comes ahead of the finale episode of season one, which will premiere globally on Friday.
Touted as a moving, character-driven science-fiction drama, the show has been created by Simon Kinberg and David Weil.
“Invasion” is set across multiple continents and follows an alien invasion through different perspectives around the world.
The series stars Golshifteh Farahani, Shamier Anderson, Shioli Kutsuna, Firas Nassar, Billy Barratt, Azhy Robertson, Tara Moayedi, Daisuke Tsuji and Sam Neill.
“I’m profoundly grateful to Apple for being so supportive every step of the way, and trusting us to make a deeply human, emotional alien invasion story.
“And most of all I’m thankful to our amazing fans, without whom we wouldn’t have this opportunity to continue the invasion. I’m super excited about what we’re planning for season two, expanding our universe in the most intimate and epic ways,” Kinberg said in a statement.
The first season of “Invasion” is written and executive produced by Kinberg and Weil.
Jakob Verbruggen has directed and executive produced alongside Audrey Chon, Amy Kaufman, Elisa Ellis and Andrew Baldwin. (PTI)