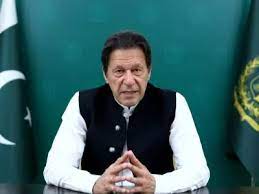 30Islamabad, Dec 29: Amid the ongoing internal rift in Pakistan Tehreek-e-Insaf (PTI), Khyber Pakhtunkhwa Higher Education Minister Kamran Bangash has served a legal notice to his own party leader Arbab Mohammad Ali for accusing him of selling ticket of Peshawar city Mayor to a businessman.
The KP minister on Tuesday had served a legal notice on Ali after he was accused of selling ticket of Peshawar city Mayor to a wealthy businessman and receiving 20 million Pakistani rupees out of the total amount, 70 million Pakistani rupees, according to The News International report on Thursday.
Ali is the brother of PTI MNA from Peshawar, Arbab Sher Ali and cousin of Arbab Shehzad, advisor to Prime Minister Imran Khan on Establishment.
He had applied for the PTI ticket for Peshawar Mayor seat but the party didn’t consider and instead gave the ticket to an Abu Dhabi-based businessman Rizwan Bangash.
Later, Ali released a video alleging that some senior PTI leaders including Governor Shah Farman and Higher Education Minister Kamran Bangash had sold party ticket to Rizwan Bangash for Rs70 million.
However, Rizwan lost the Mayor poll to the joint candidate of Jamiat Ulema-e-Islam-Fazlur Rahman (JUIF), Pakistan Muslim League-Nawaz (PML-N), and Qaumi Watan Party (QWP).
According to The News International, though there were multiple factors behind Rizwan’s loss but disunity of the PTI leadership and particularly the role of the party’s elected representatives were major reasons.