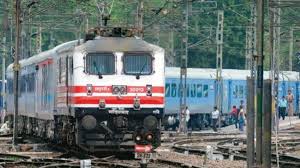 NEW DELHI: Railways will build the country’s first vertical-lift bridge connecting Rameswaram in Arabian Sea to mainland India that will allow ships and steamers to pass through without any hinderance, replacing the existing 104-year-old Pamban bridge, a senior official in the Ministry said.

The more than two-kilometre-long bridge, which is likely to cost Rs 250 crore, will have a 63-metre stretch which will lift up while remaining parallel to the deck to allow access to the ships, the official said.

It will be ready in the next four years, and along with the new railway link between Rameswaram in Pamban Island and Dhanuskodi, which is considered the starting point of Ram Setu, will help ferry thousands of pilgrims from the Hindu religious site to the mainland.

The bridge was approved for construction by the railways on Monday.

A cyclone had destroyed the rail link between the two sites in 1964 and since then, this is the first effort to restore the link, the official said.

“The existing bridge having a total length of 2,058 m has already served 104 years and needs to be replaced since it is almost non-operational. (AGENCIES)