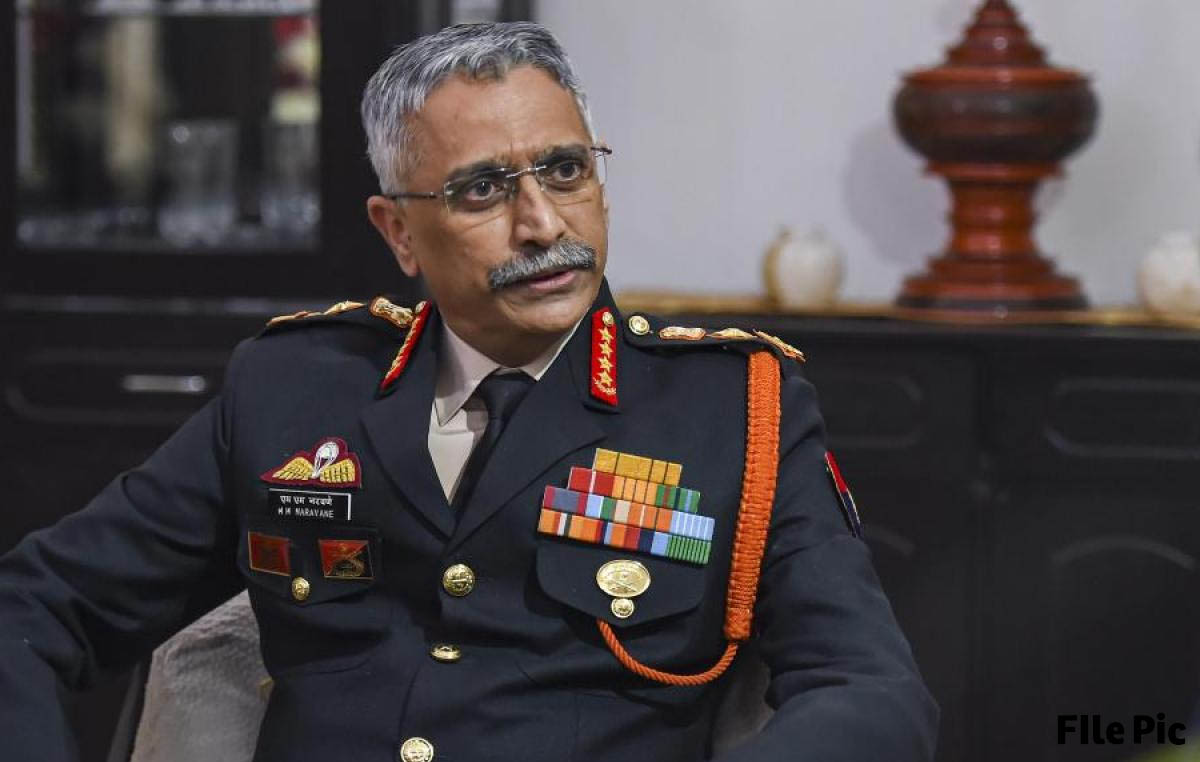 No infiltration across LoC after February ceasefire with Pakistan: Army chief

NEW DELHI: Army chief General M M Naravane said on Thursday that the Indian military is developing capabilities to effectively deal with the threats posed by weaponized drones.
“We have put in place certain measures and all troops are sensitised to this evolving threat. We are developing capabilities to deal with drone threats both in kinetic and non-kinetic realm, whether by state-sponsored elements or by states themselves,” the army chief said on recent drone attack at the Indian Air Force station in Jammu .
“Easy availability of drones definitely increases complexity and challenges for the security forces,” he said in an address at a think-tank.
The army chief asserted that there is strong counter-terrorism and counter-infiltration grid in place in Jammu and Kashmir.
In what was the first instance of Pakistan-based terrorists deploying drones to strike vital installations, two bombs were dropped at the IAF station in the early hours of Sunday, causing minor injuries to two airmen.
The explosions took place around 1.40am within six minutes of each other. The first blast ripped off the roof of a single-storey building at the technical area of the airport manned by the IAF in Satwari on the outskirts of Jammu. The second one was on the ground.
The aerial distance from the Jammu airport to the international border is 14km.
No infiltration along LoC
General Naravane said that there has been no infiltration along the Line of Control after the ceasefire agreement was reached between India and Pakistan.
In February 2021, India and Pakistan reaffirmed their commitment to follow ceasefire agreement signed in 2003.
According to media reports, the UAE had mediated between India and Pakistan on the issue of Kashmir and helped the two countries arrive at the LoC ceasefire agreement in February.
The ceasefire came into effect along the 778-km long Line of Control (LoC) and the 198-km international border (IB) in Jammu and Kashmir in Febryary 2021 after hotline talks between the Indian and Pakistan directors-general of military operations, as per a joint statement issued by the two sides.
Relations had nose dived and violations of ceasefire rose after India scrapped the provisions of Article 370 with regard to Jammu and Kashmir which was split into two union territories of J&K and Ladakh. Pakistan protested vehemently and increased efforts to push terrorists across the line of control, setting the stage for heightened tensions with India.
This was not the first time that India and Pakistan have agreed to honour the ceasefire agreement of November 2003. A similar pact, for instance, was reached between the two DGMOs in May 2018 but it gradually withered away with escalation in cross-border hostilities. From 2,140 ceasefire violations recorded by India in 2018, the number jumped to 3,479 in 2019, with major spikes after the Pulwama terror attack and the consequent Balakot air strikes in February and then the nullification of Article 370 in August that year. (AGENCY)